Do you promise not to try to move in after we are done? Neither do we, so here goes nothing. Located in the glamorous Beverly Hills, the one acre property was purchased early last year for $6 million. The 90210 mansion’s location places the Tatum’s in the same neighborhood as  Harry Styles and Demi Moore.

The house itself is a three-story, shingle-sided structure, behind some neat gates. It is elevated and the basement level has an attached guest house with a separate entrance.

The couple sure do expect to indulge in some fine dining, as their house features a nearly 45-foot long combination living/dining room with double-height ceiling. 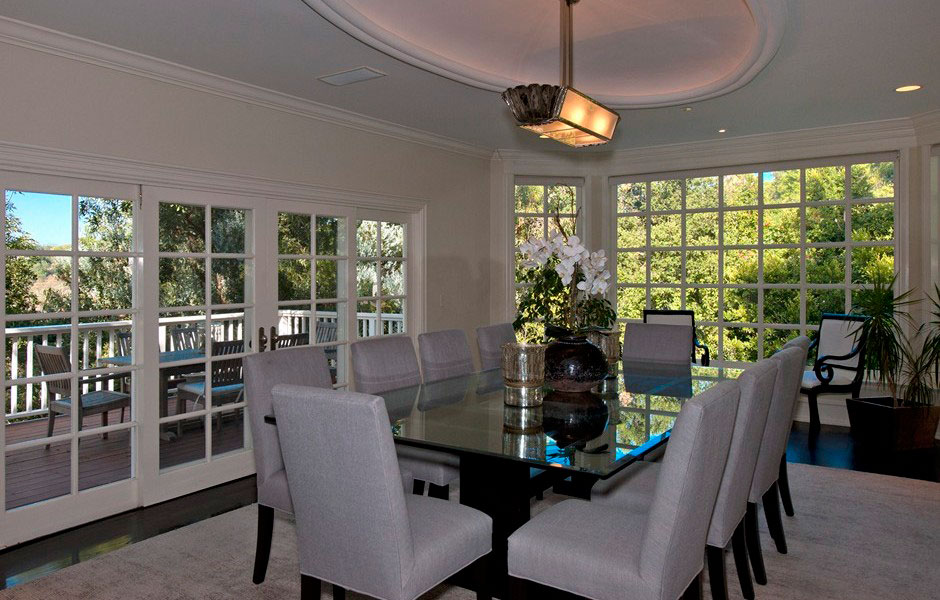 The kitchen is simple and classy, hopefully it’s baby friendly too. It is a black-and-white eat-in kitchen with marble slab counter tops and custom tile flooring.

We would gladly opt to wake up in the master suite, with or without him beside us, being in Tatum’s house is enough and note that the house has two lovely master bedrooms along with three en suite guest/family bedrooms.

Just as every day has a night, every master suite has a master bathroom and here is the one in Tatum’s house.

The pool and terrace already has us packing into Tatum’s house, it’s not anything out of the ordinary but simple is the new glamorous. This is just a cross section of the house, some people refer to it as boring, come on he has a kid and he’ll probably have more, was he meant to live in a theme park?

Is our golden couple about to break our hearts? There have been tons of speculations over the topic, some claim that while Tatum remains the humble, down to earth guy he was before the fame, his sweetheart has increasingly become unbearably condescending. 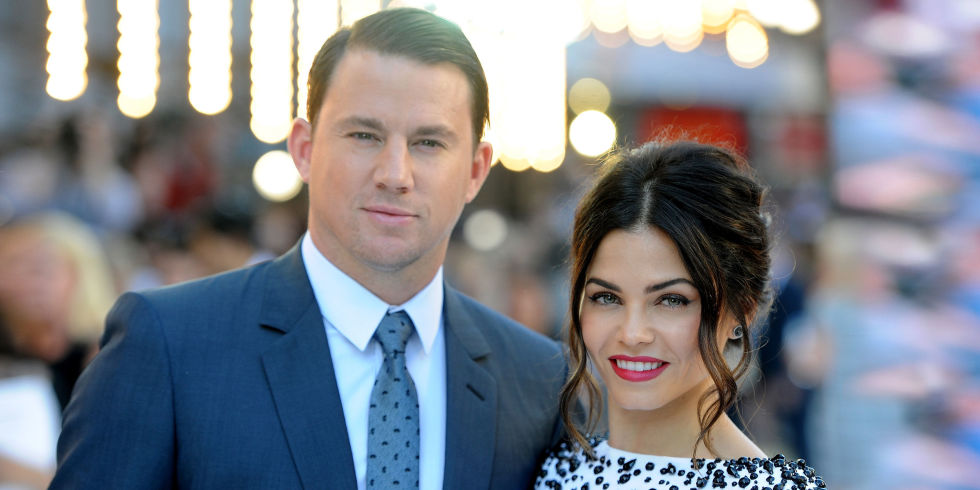 An informant said that, ‘ Jenna used to be sweet but her attitude has changed as Channing has become more famous, she’s got it in her head that she is like Hollywood royalty because of their star status. She wants to be catered to and pampered all the time and doesn’t always mind her manners when she’s talking to people.’

It was also said that Jenna is growing more jealous of the attention her husband gets from female fans, so she decided to do a little stepping out of her own. This sect is putting a timer on the marriage, claiming that it’s just a matter of time before their 7 year marriage comes crashing down.

Meanwhile, some are saying their hectic schedules are getting in the way of them spending time together and also spending time with their daughter. Obviously, news of their divorce is shocking to everyone as they are one of Hollywood’s cutest couples.

You can let your breath out. The rumors, because that is what they all are, were put down by both parties involved. Tatum, in an interview with E!News called the rumors, and we quote, ‘It’s all bulls–t. These people just [make it up]. Some of our family members don’t see [it’s not true], and they read a stupid thing and don’t understand it’s a tabloid.’ His wife took to social media to make her point, a recent post shows her donning a mermaid dress, which was Tatum’s costume for ‘Splash’. By doing this she shunned all the rumors suggesting divorce, it was an indirect way of saying they were fine by sharing fond memories. So we can breath easy… for now.

It’s funny how Channing Tatum’s ‘everything’ distracts you from his teeth. Yes people, we just noticed it ourselves. For some smiling with their mouth closed is sexy, for others it’s a necessity. Can you guess which one of these Channing is?

The actor’s teeth are all different shapes and sizes, as if he was fed broken glass once he got his permanent teeth. although they are chipped, they are definitely gleaming white and Jake Barett, a 22 year old fan certainly noticed this. The young man almost died from a severe allergic reaction to the £65 Crest 1hr Express strips he had bought online, to top it off he’s a chain smoker.

Good news, he shall live to smoke another, bad news he has to live with a hole in his chin and one less tooth. Having brushed death by peroxide poisoning, we hope he has a new outlook on life.