Famous movie stars have private lives too, of course, we already know that but it’s a fact we have to reinforce from time to time. Today, we are going to take a peek, as far as we possibly can, into the life of this particular star as we check out Matthew McConaughey’s wife, kids, brother and his house.

We must say that Mr. McConaughey got himself quite the catch as he is married to Camila Alves McConaughey,  a Brazilian-American model, and designer. She was born Camila Alves on January 28, 1982, in Brazil, where she was raised till she was 15 years old. It took one visit to make her change her location; she visited her aunt in Los Angeles and decided to stay back. Best believe it was not the glamor and the good life that made her stay back, the star worked as a cleaner and a waitress for four years. At the end of it all, she had her good work ethic and fluent English to show for it. When she was 19 years old, she made another decision to move that changed her life for the better. She went to New York to pursue a career as a fashion model and she did not do badly for herself at all. She has a lifestyle website, Women of Today, a live stream video program Camila’s Code and an organic frozen baby food company called Yummy Spoonfuls. In addition to that, she is the co-host of the Food Network’s ‘Kids BBQ Championship,’ which started airing May 2016. That’s who she was before she became Matthew McConaughey’s wife and you bet she wears her ‘not so new’ title graciously. Ten years down the line, the couple is still setting goals for everyone out there, with all their lovey-dovey actions and the three adorable children they have. It’s hard to believe that the two met at a night club… where she working behind the bar. It was love at first sight, for Matthew, but his soon wife-to-be couldn’t care less at the time, but later on, that same night they clicked and years later they still have the stars in their eyes. Levi is their first son and child, he was born on 7 July 2008, at 6:22 p.m., weighing in at 7 lbs, 4 oz. Here is what the happy father had to say about the birth of his first child, ‘ A healthy baby boy was born. Camila and I were side-by-side the entire time.We are both tired and elated and are so happy to have created the greatest miracle in the world — Having a child and making a family.Now comes the greatest adventure — raising one, together.’ There are quite a number of things that were significant about his birth, first, Levi was another name for the apostle Matthew in the bible and the time he was born (6:22), that particular time represents Matthew’s favorite verse in the book of Matthew in The Bible: “If thy eye be single, thy whole body will be full of light.’ The baby of the house is Livingston Alves McConaughey and the little tyke was born on 28 December 2012.

You bet that he is not the only McConaughey brother in town, he has two other brothers and we are about to get the low down on what’s going on with them. There’s Rooster McConaughey, who seems to be almost as popular as Matthew, then there’s Pat McConaughey. Of course, his parents did not name him Rooster, he was born Michael Patrick McConaughey on August 2, 1954, in Houston, Texas. He is also an actor, known for his part in movies like West Texas Investors Club (2015), The Newton Boys (1998) and Black Gold (2008). In addition to this, he happens to be a self-made millionaire and you can catch the general gist of that in West Texas Investors Club, which is a docu-series. Then there is Pat, he seems to be well out of the spotlight, so there is not much out there about him.

With his star-studded status, you best believe that he has some awesome digs. According to Celebrity Homes, The McConaughey mansion located in the Rivercrest area of the Lone Star state’s most cosmopolitan city near Lake Austin was originally listed at $6,600,000. 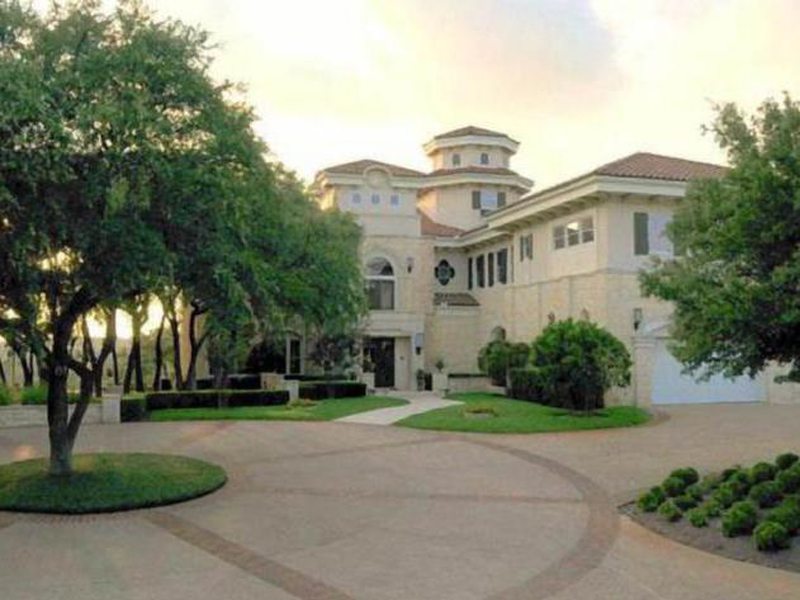 The mansion is“Spanish Mediterranean” and it was built in 1997…. so let’s check out what the house features.  7 bedrooms,8 bathrooms, an elevator, two circular motor courts that can garage at least four cars and 7 consecutive boat slips down the hill to the lake sits on 10,000+square feet of Texan soil. It’s a house befitting of its owners. Matthew McConaughey’s wife and the rest of the family must really