Sal Vulcano is not married to Francesca Muffaletto and neither is he gay as rumors suggest. He may have some sort of relationship with Francesca, but the duo are not married. There is also no record of Vulcano’s past relationships, before and after fame. He has also never been married to anyone in the past. As for the rumors about him being gay, there is a bit of a twist to it. But seeing that he has not been seen with any male partner, we believe that he is also not gay.

Sal Vulcano is Not Married to Francesca Muffaletto

Even though he has been tight-lipped about his personal life, fans and other snoopy people online have managed to link Sal Vulcano with Francesca Muffaletto. Even more interesting is the fact that they say that both of them are married. Although the suspicion is valid, there is no proof that any marriage has happened between Vulcano and Muffaletto.

The rumor that Sal Vulcano is married was stirred up by one of his Tweets in which he made a reference to his wife. Francesca came into the picture after a user on Tumblr wrote that the comedian confirmed being married during one of his shows. According to the user, someone in the audience had said something about the ring, and Sal responded by saying that he was married but loved to keep such information private.

He, however, went on to briefly talk about it, stating that he and his partner had been together for eight years and that he loved her very much. His write-up also stated that Sal’s alleged wife was present at the show that night, and she was identified as Francesca Muffaletto. As interesting as this may sound, there are inconsistencies in online stories about Sal Vulcano’s supposed marriage. 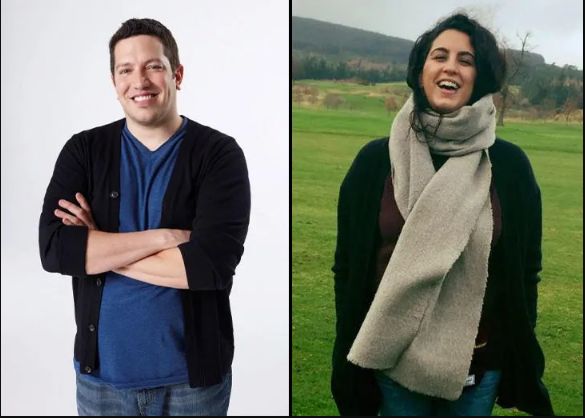 Before we talk about the inconsistencies, note that one of the reasons Francesca was revealed as Sal’s hidden wife is because of a picture she shared on Facebook. She and the celebrity were seen celebrating what looked like someone’s thirtieth birthday. Although his face was not clear in the photo, the man in the picture had a Celtic Cross tattooed on his right wrist just like Vulcano’s.

In June 2019, the popular comedian was on Robert Kelly’s podcast, “You Know What Dude.” During their conversation, Kelly mentioned that Vulcano was engaged to a very sweet and nice person, and he affirmed the comment. Eleonor Kerrigan, who was a part of their conversation, also added that she dances so well.

The men never revealed the identity of the said fiancée, and Sal has not mentioned whether or not they are married yet. However, HollywoodMask has reasons to believe that the fiancée was Muffaletto and that Sal Vulcano married her on the 8th of September 2019. One can only wonder how many times the alleged couple has been married since the Tumblr user claimed that Sal himself revealed that they had been married for eight years already.

Everything We Know About Francesca Muffaletto

Unlike the comedian, Muffaletto is not a celebrity, and there is little information about her. However, her Facebook profile reveals that she is from Brooklyn, New York City, and she currently lives there where she also works as an advertising and marketing agent.

The advertising and marketing graduate got her degree from the Fashion Institute of Technology, and before then, she attended Tottenville High School. She was a manager at Calvin Klein but now works as a yoga teacher at Y7 Studio Soho.

The gay rumor was not spurred by the fact that Sal Vulcano isn’t married, but because he had admitted being gay himself. He made the comment during the Daytime Talk Show with Sally Jessy. After saying he was gay, his friend and fellow Impractical Jokers star, James Murray, also admitted that he was gay. After James’ confession, Sal took his words back.

Sal said that he had only claimed to be gay so that he would give James the courage to admit publicly that he was gay. The incident was the talk of the media for a long time. But it ended with everyone agreeing that it may have been one of their impractical jokes as James got engaged to his girlfriend Melyssa Davies in 2019.

Why is There So Much Interest in His Love Life?

It is not unusual for fans to get curious about the personal lives of their favorite celebrities. However, some celebrities seem to have more intriguing lives than others. One such person is Sal Vulcano, a famous American comedian. The Impractical Joker’s star seems to prefer keeping his personal business private. However, his uncensored jokes with his friends have revealed a bit about him to the public.

Despite all the information about his personal life in the media, one interesting detail the comedian has been able to keep away from the public is his relationships and love life. Neither he nor his friends have talked about the women he has been with. Also, a joke he once made drew even more attention to his sexuality, but he does not seem bothered by what people say.

Other Facts That Reveal More About Sal Vulcano’s Personal Life

As mentioned earlier, the funny man likes to keep his personal life away from the media. However, his job has caused him to reveal a few things about himself.

He Has a Tattoo of Jaden Smith on His Thigh

Of all Sal’s tattoos, the most significant is the face of Jaden Smith, which he tattooed on his thigh. He got the tattoo as some form of punishment. He and his three friends – Joe Gatto, James Murray, and Brian Quinn – always challenge one another to do things that can be embarrassing in public. Whoever fails to cooperate gets a thumbs down. The joker with the most thumbs down at the end of an episode gets punished. One such punishment was the tattoo.

He Has About Three Phobias

Sal is a Minister of the Gospel

It’s not a very common thing, but the entertainer is also an ordained minister. He was the officiating minister at Joe Gatto’s wedding.

He is a Former Vegetarian and Enjoys Crime Drama Shows

Vulcano revealed that he was a vegetarian for six years. He also loves to watch crime drama shows. He particularly loves Breaking Bad, The Wire, The Sopranos, and Lost.

Sal Vulcano May as Well Be Married to His Career

The comic seems to care more about his career than about falling in love, or at least that is what he talks about the most. Although there have been different speculations about what may be going on in his personal life, Sal Vulcano has not revealed whether he is married or not. He does not care about the different opinions of people either. The entertainer may be in a relationship, but he has not given full disclosure about this possibility.