Taylor Swift is one of the most famous celebrities from America. Born in December 1989, she is a singer, songwriter, and actress. Her hometown is Wyomissing, Pennsylvania. However, she later on moved to Nashville to pursue her country music career when she was 14. Taylor has been in the media for quite a while and unlike other celebs, who grab the media attention as a result of their latest hairdo, outfit or record label, Swift is commonly known for her love affair with other top celebs. Many people on the net and the media are often on the look out for who Taylor will be dating next. Other than her love affair, her family, and particularly her brother, has been in the spotlight. Her parents have not been on the spotlight as such, but one thing that drew the media’s attention was when she bought a four-bedroom house for them in Tennessee, where she grew up. Taylor’s mom Andrea Smith and dad Scot Smith have been married since February 1988. Her mother was diagnosed with cancer late in December 2014.

Her brother, Austin Swift, who is about two and a half years younger, is also popular. A graduate of University of Notre Dame, he has featured in college productions. Austin and Taylor have had a good relationship since they were young. 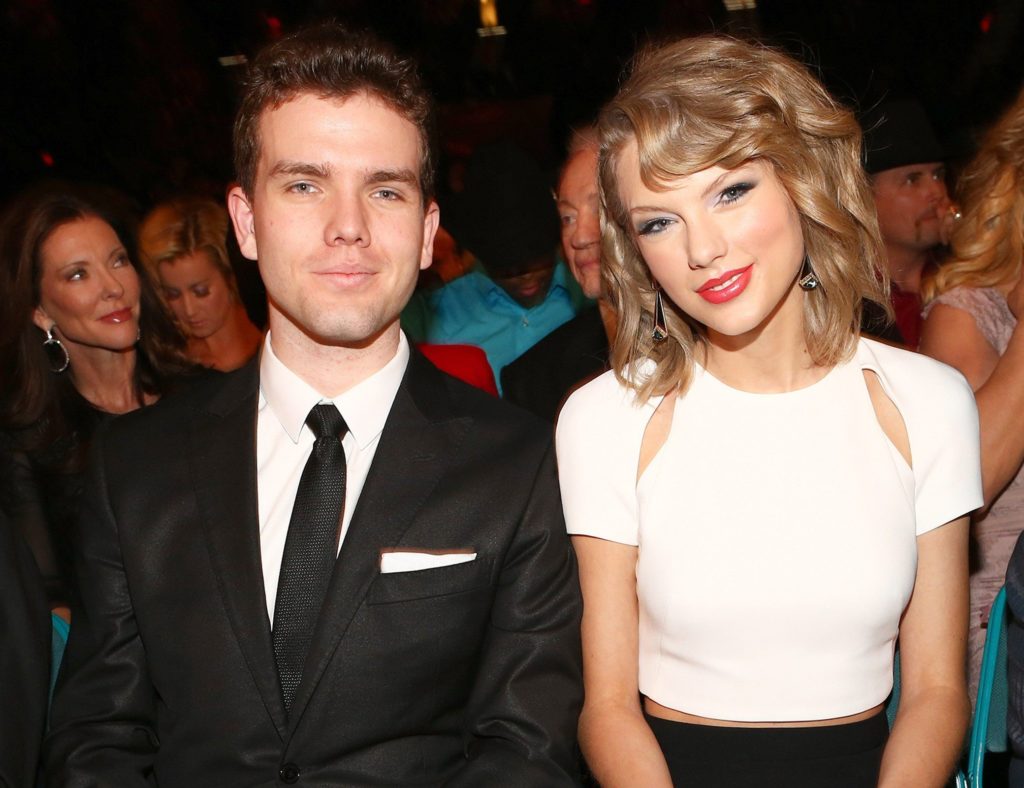 Taylor has also shown love to her young brother through her songs. She mentioned him in the lyrics of her songs- The Best Day and Never Grow Up. Austin and his friends have appeared severally in Taylor’s music videos. Austin is also a freelance photographer, working for Getty Images, having some of his works appear in Rolling Stones and People Magazine.

Taylor has quite an impressive real estate collection. She lives in a duplex penthouse in the neighborhood of Tribeca, New York. She also owns a 3-bedroom cottage in Beverly Hills, a duplex penthouse in Nashville, Tennessee and the most recent an 8-bedroom summer house in Watch Hill, Rhode Island (pictured above).

Nothing has stolen the media’s attention about Taylor than her love life. She is barely 27 and has already dated about 13 boyfriends. Amazingly, her experiences with her different boyfriends have been inspiration for her songs. In October 2008, she dated one of the brothers from the Jonas Brothers music group, Joe Jonas. Their relationship ended with Jonas breaking up with her over the phone, something that bothered her a lot. She even talked about that on the Ellen DeGeneres Show. As a result of the break up, she wrote two songs Forever and Always and Last Kiss. The next year Taylor began dating Twilight star Taylor Lautner whom she met on the set of the Valentine’s Day movie. As namesakes, they were dubbed Taylor Squared. However, Swift wasn’t into Lautner as he was into him, thus they separated but remained friends. Between December 2009 to early 2010, Taylor was involved in an affair with John Mayer. Brandon Borello broke up with her because he had to go to college. For this she wrote a song Tim McGraw.

Sam Armstrong also dated Taylor, but her cheated on her. The break up gave birth to the song Should’ve Said No. Between 2013 and 2014, it wasn’t quite clear whom Taylor was dating. Nonetheless, in March 2015, she was linked with Scottish DJ Calvin Harris whom she is still dating. There have been rumors of break up but so far the couple are still together. In 2015 they were rated as Hollywood’s highest-paid couple, with a combined earning of $146 million.

Almost always, talks about the beauty of Rock and Roll, somehow includes tales about the exploits of Glenn Frey and the fine songs of...
Read more