Does Eustace Conway Have A Wife? All About His Family and Net Worth

By Stephen Angbulu
Showbiz and TV Eustace Conway is an American naturalist who has a net worth of $200 thousand earned largely through his successful TV career. As it stands, several sources state that Eustace Conway is single and has never been married, He has instead chosen to focus more on his naturalist endeavors than anything else.

Eustace Conway is a very interesting individual no matter how one may want to look at him. He is an American naturalist whose daredevil instincts and different lifestyles have generated so much interest most especially among the followers of History channel classic, “Mountain Men.”

Often regarded as the Last American, he has spent a better part of his life in the wilderness, living in the arms of nature and feeding on all it has to offer. His life and survival skill is captured in his biography, The Last American Man written by Elizabeth Gilbert. In 2002, the work was named a New York Times Notable Book.

More so, he has inspired Sarah Vowel’s Adventures In the Simple Life on the weekly radio show as well as Ira Glass’s This American Life. However, a lot of things about his personal life have continued to remain as mysterious as the way he has survived the wilderness for so long.

Is Eustace Conway Married or in Any Relationship?

Eustace Conway does not have a wife and has never been married in the past. The love life of the reality star has come under serious scrutiny because, at over half a century, one would expect that he doesn’t just have a wife, but also kids.

It gets more interesting to know that he has not been linked to anyone in the past in the relationship sense. Instead of a partner, he seems to have his mind more on caring for his home and the nature around him.

Because of his relationship status, there have been speculations that he might be gay. However, he has not revealed anything about his sexual orientation, nor has there been anything to support the claim.

Who Are Eustace Conway’s Family Members? 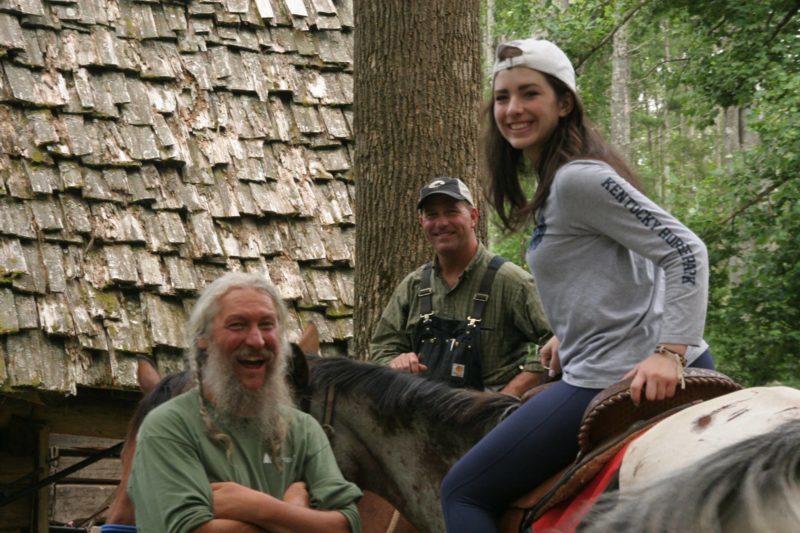 Conway comes from a family of naturalists. His parents are Dr. Eustace Conway and Karen Conway. Since he was a little child, they instilled a love for the natural world in him and so it was easy for him to decide on becoming an environmentalist as he grew up.

Eustace was not raised as an only child; he has three siblings – a brother and two sisters. His younger brother, Judson Conway is also a lover of the natural world. In 1995, the two rode across America on their horses. His sisters are Walton and Martha.

The love for the natural world did not start with the parents of the reality star as it was more of a family tradition that was also practiced by his grandfather, a World War I veteran known as Chief.

A Look At His Career, Personal Life and Net Worth

Contrary to the ease with which one can come to believe that Eustace Conway was born and raised in the wilderness, it was in Columbia, South Carolina that he was born Eustace Robinson Conway IV on September 15th, 1961. He got his education from Appalachian State University where he got a Bachelor’s degree in Anthropology and English.

A path to his career was charted when he was 17. At the time, he left home so that he could live in a tipi in the woods. He has hiked the entire Appalachian Trail and claims to have set the world record for crossing the United States on horseback from the Atlantic to the Pacific.

By 1987, he had already settled in the ‘Turtle Island Preserve,’ which had been a dream for him. The environmental education center which was founded by his family has a 1,000-acre wildlife preserve near Boone, North Carolina.

He made his first appearance in the show would come to make him famous; Mountain Men, in 2012 on the History channel. In its eighth season, the show takes a look at the life of Conway as well as how he lives his life in the wilderness.

The career of Eustace Conway, who is popular in New York as  “Davy Fuckin’ Crockett”, has been one that has continued to enjoy great success. It is thanks to this that he reportedly enjoys an enormous net worth of $200,000.

A better part of his fortune comes from the earnings on the reality TV show, ‘Mountain Men,’ as well his education center ‘Turtle Island Preserve’ and other projects.