Billzo is a young British YouTube content creator and Twitch streamer who is famous for his Minecraft streams and collaborations. He is 18 years old and is one of the youngest streamers on the Twitch streaming platform.

Billzo used to belong to the now-defunct BearSMP Minecraft server together with co-Twitch streamers and BearSMP creators Aimsey and Tubbo. Let’s find out who exactly the social media personality is.

Billzo was born Billy “Bill” Hope on August 15, 2004, making him 18 years old. His birth sign is Leo and he was born in England, United Kingdom. His birth status confers on him the rights, privileges, and responsibilities of a British citizen. Billzo belongs to the Caucasian ethnic group.

The identity of his parents is currently unknown. In the same manner, there isn’t much information with regards to if he has any siblings or what they do for a living. Billzo’s formal education details are also something the public and the media have no clue about.

Billzo became quite interested in the world of social media and joined YouTube on August 5, 2016, 10 days before his 12th birthday. He, however, became prominent on the platform in 2021 when he started posting Minecraft gaming content. He expanded his horizons to include streaming on Twitch in the same year and became a vital member of the BearSMP Minecraft server while partnering with other BearSMP players including Aimsey and Tubbo.

Alongside his fellow BearSMP co-players, Billzo has participated in and competed with other YouTubers and Twitch streamers in the Minecraft Championship, a tournament that allows the players to slug it out with each other in order to establish supremacy as well as provide great entertainment for fans and viewers of the game alike.

So far, Billzo hasn’t had the best tournament outing since he began participating in the tournament. His personal best of 20th position is one he would surely like to improve on in subsequent tournaments. As a team that includes Aimsey and Highkeyhateme, Billzo has managed to finish only 6th.

His popularity on both YouTube and Twitch streaming platforms continues to grow with each passing day as his content and conversations centered around his sexuality seem to draw in subscribers and streamers who want to know more about the streamer. Billzo seems to have found his edge on these streaming platforms and one can expect his influence to continue to grow as the years get on. 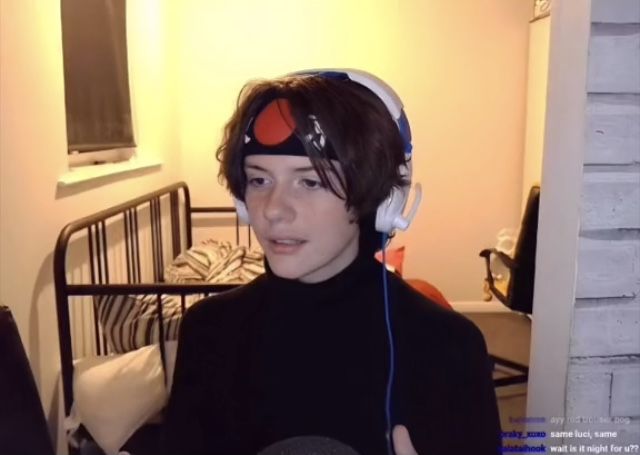 To get a good measure of how popular Billzo has become on YouTube, below is a look at his subscriber milestones in the streaming platform over the space of a single from 2020 to 2021

Billzo’s growth on other social media platforms has also increased as a result of how open he has been about the ailments he currently struggles with. He is dyslexic and also a type 1 diabetic. He now has over 500k followers on Instagram and over 370k followers on Twitter.

He also has more than 580k followers on the Twitch streaming platform and since his 100k subscribers’ milestone on November 7, 2021, Billzo has acquired a further over 244k subscribers on YouTube. That figure is more likely than not to increase as long as Billzo remains consistent in posting engaging content, gaming or otherwise.

The YouTuber Identifies As Bisexual

One of the issues that drew heavy traffic to Billzo’s streaming channels was when he started talking about being bisexual. In spite of the fact that his gender identity at birth states clearly that he is male, Billzo has refused or insisted on not being shackled to the bounds of the pronoun usually attributed or ascribed to the male gender. Billzo says that he answers to he/him, they/them or she/her and also says that the only boundary he is placing on such things are nefarious comments romantically linking him to close friends and associates. How much traction his choice of gender identification got helped to grow his social media platforms.

Identifying as bisexual also means that Billzo is sexually attracted to both the male and the female gender. As previously mentioned, Billzo is dyslexic and diabetic and those two conditions are not something that the social media star hides from his adoring fans and the general public.

It would also appear that he is not alone in tackling dyslexia as it is a condition he shares with one of his top collaborators in the person of Tubbo which explains why they have both claimed to be so terrible at Scrabble. When Billzo revealed he was bisexual during one of his Twitch streams that involved a round table conversation with a couple of streamers including Tommy, he did so by beginning to answer a question with the phrase “As a bisexual man…”.

It was surely not how Tommy saw that scenario playing out and he proceeded to fall off his seat. Tommy’s reaction to that particular moment and revelation got a lot of fans and followers talking as they wondered why Billzo’s statement unseated Tommy. Conversations about Billzo’s gender identity intensified after that.

Billzo Has Accumulated a Substantial Net Worth

As of 2022, the YouTube star is reported to have accumulated a net worth estimated to be around $200k. This comes from revenue he receives from his streaming content as well as donations from loyal fans.