How Tall is Will Smith and Does His Height Affect His Movie Roles?

Will Smith’s height isn’t all that comes to mind when his name is brought to the table. He is no doubt an important personality in Hollywood. In addition to being an actor, Smith is also a musician and producer, with six American Music Awards to his name. He is also a four-time Grammy Award winner, as well as, four-time NAACP Image Award recipient, and many other nominations. His talent and charisma have helped to see that his career soars like a magic carpet ride, and today, he is regarded as one of the most successful entertainers in history.

Looking back at Smith’s long list of filmography will only leave you struck by how varied his resume is. While some think he is only able to take on laughable character roles as we have in The Fresh Prince of Bel-Air, the Pennsylvania native has equally displayed his talents in more dramatic and action films. From his action-packed roles in Bright, Men in Black, I Am Legend, and Bad Boys, to his dramatic turn in The Pursuit Of Happiness, Smith is all in one package but how has his height and body stature affected his career over the years? Has the actor been turned down from taking a movie role because of his height? Find out as we unravel interesting facts about Will Smith’s height.

How Tall Is Will Smith?

Height is not among the qualities we look out for while selecting our best actors, but for the likes of Smith, it is an added advantage. The truth is that not all actors are as tall as they appear in on our television screens, and that’s because producers use lots of VFX to make most of them appear larger and taller to suit their given roles.

In real life, Will Smith is quite tall with his height measuring 6 feet 2 inches, which is approximately 1.88m. While many might consider him as really tall, it may shock you to know that he is nowhere near the tallest Hollywood stars that are still existing, not even on the top 15 list which, of course, include the likes of Brad Garrett who is 6 feet 8 inches, Vince Vaughn (6 feet 5 inches), and Jeff Goldblum (6 feet 4 inches). Sports like basketball would have been an alternative career for someone as tall as Smith. While the NBA isn’t all about height, his 6′2″ height would probably have seen him play as a point guard or shooting guard. Unfortunately, the actor chose to rap and act instead. Back to show business where he sets a goal to become “the biggest movie star in the world,” Will Smith isn’t doing badly at all in terms of using his physical talents and qualities to make a positive impact on the industry.

Celebrities who share Will Smith’s height are Samuel Jackson, Jay-Z, Ryan Reynolds, Bill Clinton, the 2016 Republican Presidential candidate, Donald Trump, and surprisingly, the American artist Chris Brown. Apart from Smith’s height, he has some other distinctive features. His ‘Dumbo ears have had people speculating he has gone under the knife to have it fixed. However, the actor seems not to be bothered by the rumor about his ear pinning; hence, the reason he is yet to address them.

Will Smith’s Height Compared To His Wife and Kids

Having a husband as tall as Smith might be so much intimidating to some women but not for the actor’s wife, Jada Pinkett Smith. The African-American, who is of Jamaican and Barbadian descent, is 5 feet tall, which means she is one foot and two inches shorter than her husband, Smith. The multi-talented actress/singer has always taken it upon herself to be physically active all the time even as she advances in age. Meanwhile, Smith and Jada met on the set of The Fresh Prince of Bel-Air, where she auditioned for the role of his character’s girlfriend, Lisa Wilkes. She, however, lost the role to actress Nia Long because she was considered too short. She got hitched to Will Smith in 1997, and together, they have been living happily with their children.

Smith and his wife Jada may be advancing in age, but their offspring seems to have inherited a lot from them. Their son Jaden Smith, who is into acting, singing, and songwriting, is fast reaching his father’s height. The youngster is 5 feet 7 inches tall. His sister, Willow Smith is also reportedly 5 feet 7 inches tall, which clearly shows they are way taller than their mother. Trey Smith, Smith’s son from a previous marriage, also stands 6 feet tall.

Does Will Smith’s Height Determine How He Gets Cast In Movies?

Of course, it does. As versatile as he may appear to be, Smith’s height opens him up to more heroic roles either in comic or action films. Take the 2001 biographical sports drama film Ali for example. The film, which explores the life of the legendary boxer Muhammad Ali, has Smith taking the heroic role of Cassius Clay Jr. / Cassius X / Muhammad Ali.

Aside from other qualities related to the role, Smith’s height was probably considered a better match for the role as he is just an inch shorter than Mohammed, who was 6 feet 3 inches. Smith had severally turned down the offer to play the role because he felt that he wasn’t qualified, but Ali and his family had to personally ask him to take the part. Unlike his cute and funny looks in the 1990 comedy film The Fresh Prince of Bel-Air, Smith underwent rigorous body and mind training for two years so he would encapsulate the soul of Ali. In the end, the actor gained 40 pounds just to play his character role. Recently, the actor has taken up more serious roles, but a majority of the roles he portrays are typical ‘tall guy’ roles. Films like The Fresh Prince of Bel-Air, Hitch, The Pursuit of Happiness, and The Redemption of Cain, will attest to that.

How Huge Is Will Smith?

Willard’s weight is another topic about him that trends like his height. The actor, like every other actor, puts his body under rigorous training either to drop or gain a few pounds for any role he portrays. Regardless of all his on-screen activities, the actor tries to maintain his usual good looks and shape.

Unlike the movie ‘Ali,’ where the actor built more muscle to fit perfectly for his role, he slimmed down for his role in I am Legend. The 2016 movie, Suicide Squad, also saw Will building his body to have a six-pack to suit the Deadshot character he was to portray. 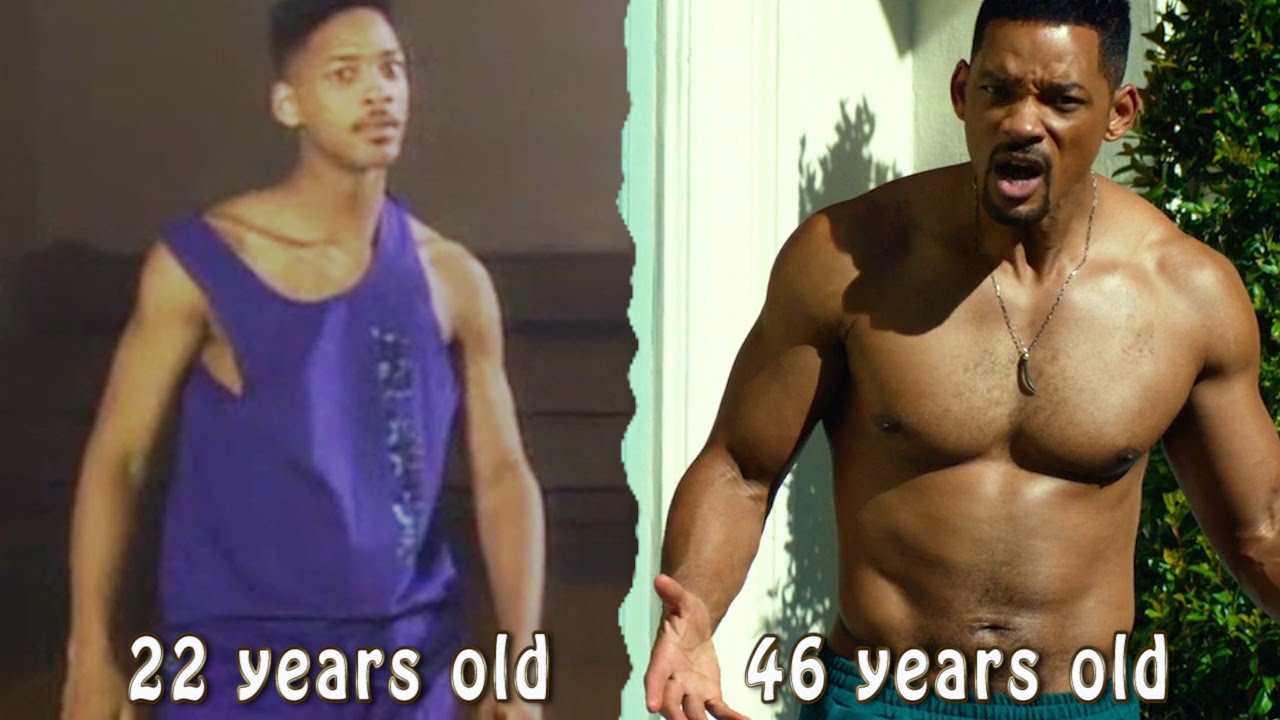 Will Smith has a naturally thin frame, and he weighs ‎82 kg (181 lb), which is pretty okay for his height. His biceps, chest, and waist measures 16, 42, and 33 inches, respectively.

To keep fit, the actor undergoes five days intense workout routines that include Push-Ups, Barbell Bench Press, Incline Barbell/Dumbbell Bench Press, Behind-the-Neck Barbell Press, and Full Squats, to mention a few. As for his diet, the actor eats healthy carbs like vegetables and whole grains that contain high-protein and high-carbohydrate.

Jonathan Dezhttps://heightline.com/
Jonathan is a celebrity and showbiz news enthusiast with a passion for Broadway and Netflix. When he’s not writing, he’s probably going on about an upcoming movie
Fact Check: We strive for accuracy and fairness, if you've found a possible error, be it factual, editorial or something that needs updating, please contact us

Who is Jamie Dornan’s Wife Amelia Warner and How Many Kids Does She Have?