Ocean Whitaker (full name: Ocean Alexander Whitaker; born April 13, 1990) is an African American filmmaker, editor, and Forest Whitaker. Ocean Whitaker is  known for his creative contribution to the making of movies such as Another Try (2021), Montebello (2022), and The Game of Silence (2022). Despite all his achievements though, he is best known as the child of Forest Whitaker.

Forest Whitaker is a multiple-award-winning actor, director, producer, and writer who gained fame for his role as the late historic Ugandan dictator, Idi Amin, in the movie The Last King of Scotland (2007). Ocean Whitaker is the actor’s son from one of his previous relationships, and this article reveals several unknown aspects of the his life.

Ocean Whitaker Is Forest Whitaker’s Son From A Previous Relationship

Ocean Whitaker was born Ocean Alexander Whitaker on April 13, 1990, in Los Angeles, California. His birth sign is Aries, and he is currently 32 years old. He is undoubtedly an American citizen by birth and primarily identifies with the African American ethnic group, but his ethnic heritage is a little broader than most people think. 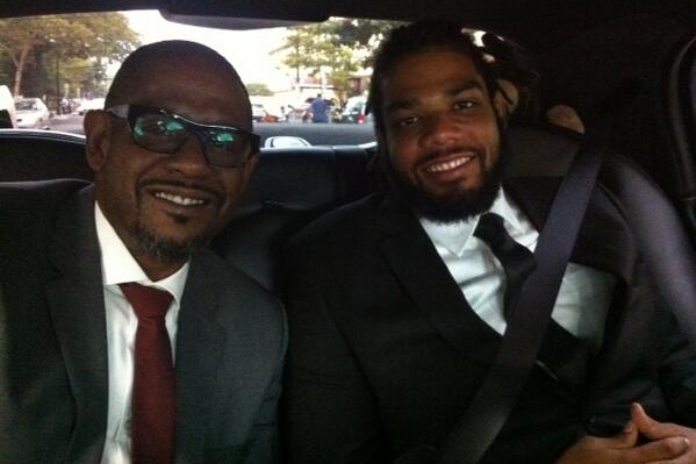 During the late 2000s, his father ran a DNA test that showed that his paternal grandfather’s heritage is linked to the Nkwerre people in Imo State, Nigeria; essentially confirming his Igbo heritage. The celebrity editor’s maternal grandmother also has an Akan heritage from the West African country of Ghana.

Speaking of fathers, Ocean Whitaker’s father is the renowned African American actor, Forest Steven Whitaker. He is the son he had with one of his ex-girlfriends whose identity has never been revealed.

As we have previously pointed out, Ocean Whitaker’s birth mother was not and has never been a feature of his life to date, and for the first six years of his life, he had to experience what it felt like to be without a present mother figure. At the moment, no one seems to know who she is or what has become of her after her relationship with Ocean’s father ended.

Fortunately for the filmmaker, though, his father found love again in the arms of former African American model and actress, Keisha Nash, and for the best part of his formative years and beyond, Ocean Whitaker came to rely on her whenever he needed the love and support of a mother, a responsibility she was only too happy to take on.

Born Keisha Simone Nash on March 8, 1972, in Boston, Massachusetts, United States, the woman who exceptionally filled the role of Ocean Whitaker’s mother grew up with an only brother named Jefferey Nash. Jeffery is also an actor, producer, and writer best known for his contribution to the making of movies such as Proud, Super Sucker, and Spectrum.

Keisha obtained her high school diploma from Lynn Classical High School before proceeding to Endicott College for her college education. Ocean Whitaker’s former stepmother was a former model and an actress who has been featured in movies such as Blown Away (1994) and Proud (2004). Several sources confirm that she met Ocean’s dad on the set of the film Blown Away where she landed the role to play his on-screen girlfriend in the movie.

She once admitted that she had seen the actor for the first time in the 1991 movie A Rage in Harlem and thought of him as a gentle soul and a nice spirit. One could argue that that impression of Forest Whitaker was still fresh in her mind when they met in 1994. Ocean’s dad did not disappoint and the two of them soon began dating.

They dated for a couple of years before vowing to spend the rest of their lives together in front of friends and family members, on May 4, 1996, in Montego Bay, Jamaica. They remained a married couple for more than 20 years, by which time Ocean Whitaker had already become a responsible adult.

The marriage between the filmmaker’s father and his former stepmother seemed like it would become one of the unions to break the generally accepted, but realistic stereotype of celebrity marriages. Unfortunately though, in December 2018, after 22 years of marriage, Forest Whitaker filed for divorce from Keisha Nash, citing irreconcilable differences.

The divorce was finalized in 2021, bringing an end to what was essentially a 25-year-long marriage between the editor’s parents.

During the time that they were married, Forest Whitaker and Keisha Nash gave Ocean two more siblings in the form of Sonnet Noel Whitaker, who was born on October 3, 1996, and True Whitaker, who came into the world two years later on July 2nd, 1998. Just to be clear, Ocean Whitaker spent most of his formative years in Los Angeles, California, but so far, details of his formal educational background have yet to be made known to the public and the media.

He Is A Filmmaker And An Editor

Ocean Whitaker appears to have joined his father in the entertainment industry. However, he seems to favor behind-the-scene roles in editing and filmmaking. He has played a significant part in the making of the VH1: All Access series which has been airing since 2001 with more than 60 episodes.

In addition, the filmmaker has come into his own as an editor with the making of 3 movies namely Another Try (2021), Montebello (2022), and The Game of Silence (2022). His exact net worth is unknown but he appears to be quite settled in his new-found role as a film editor.

Ocean Whitaker Appears To Be Single

Ocean Whitaker’s behind-the-scene lifestyle extends to his private life of which very little is known. He is not married and does not appear to be in any relationship either. A simple explanation for this could be that he is prioritizing his career at the moment. Rest assured that if or when the situation changes, we will be certain to let you know.