This may be some long-awaited comic relief people, Stephen Colbert is in the building or rather on your screen. Just in case you have never heard of him before, here is a quick back story, you can thank us later. Born on May 13, 1964, Stephen Tyrone Colbert is a comedian, writer, producer, actor, media critic and television host. He might just win the title of ‘Jack of all trades’ from Arnold Schwarzenegger. Stephen was interested in improvisational theatre although he originally studied to be an actor. In his first professional production, he was Steve Carell’s understudy at Second City Chicago. His breakout role was that of the closeted gay history teacher, Chuck Noblet, on the show ‘Strangers With Candy’. Despite this, it was Comedy Central’s ‘The Daily Show’ that introduced him to a wider audience.

These days, he hosts a late night TV talk show on CBS, succeeding David Letterman since September 8, 2015. You may have come across, ‘The Late Show With Stephen Colbert’, its pure parody news people and amazing to watch if you want a lighter side to grueling issues. Without further ado, let’s check out his statistics.

If you were asked to take a wild guess, we are sure you would land close to the correct answer, as Stephen Colbert’s height is not so far-fetched. The television host and prominent comedy icon stands not short at all, at 5 feet 11 inches. In case you need a yard stick, we have a couple. Actors such as Brad Pitt, George Clooney and Orlando Bloom share Stephen Colbert’s height. You see, it’s just as we said, he is not short at all. 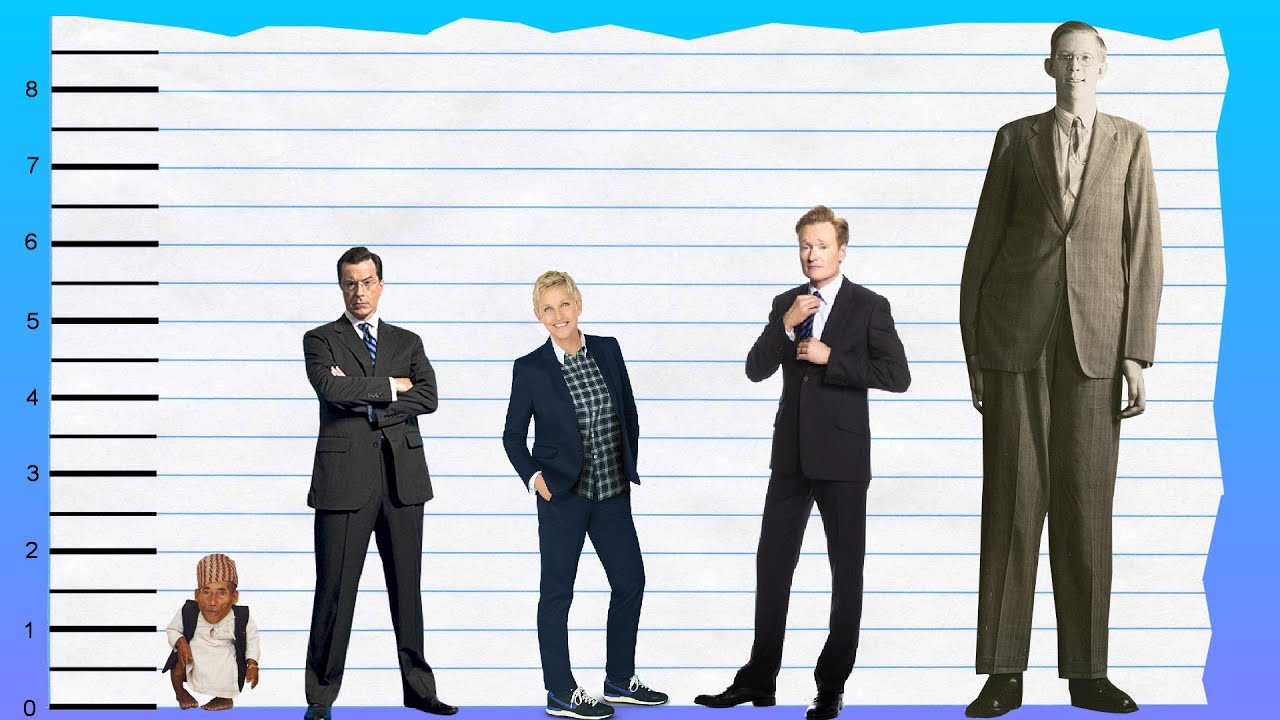 As recent as 2014, Stephen Colbert’s height got him quite some attention. He jokingly threatened to sue Google and it’s CEO, Larry Page for inputting his wrong height on the search engine, we believe his actual words were, ‘I demand a retraction, an investigation, an apology and a substantial cash settlement, or I will see your ass in court.’ Every inch matters people, apparently they brought him an inch below his actual height and the TV show host wasn’t having any of it.

There’s obviously a thin line between comedy and full on rudeness because the comedian almost got away with saying this, ‘Seriously, 5’10’? Those are Matt Damon numbers. That’s down there in the stale air Johnny Depp is sucking. These guys represent the lollypop guild.’ He added that he is a reasonable man, then went on to say, ‘I’m not asking to be listed with the circus freaks like Conan O’Brien at 6’4.’

Google’s response is all summed up in the picture below, high-five Larry, that’ll show him. 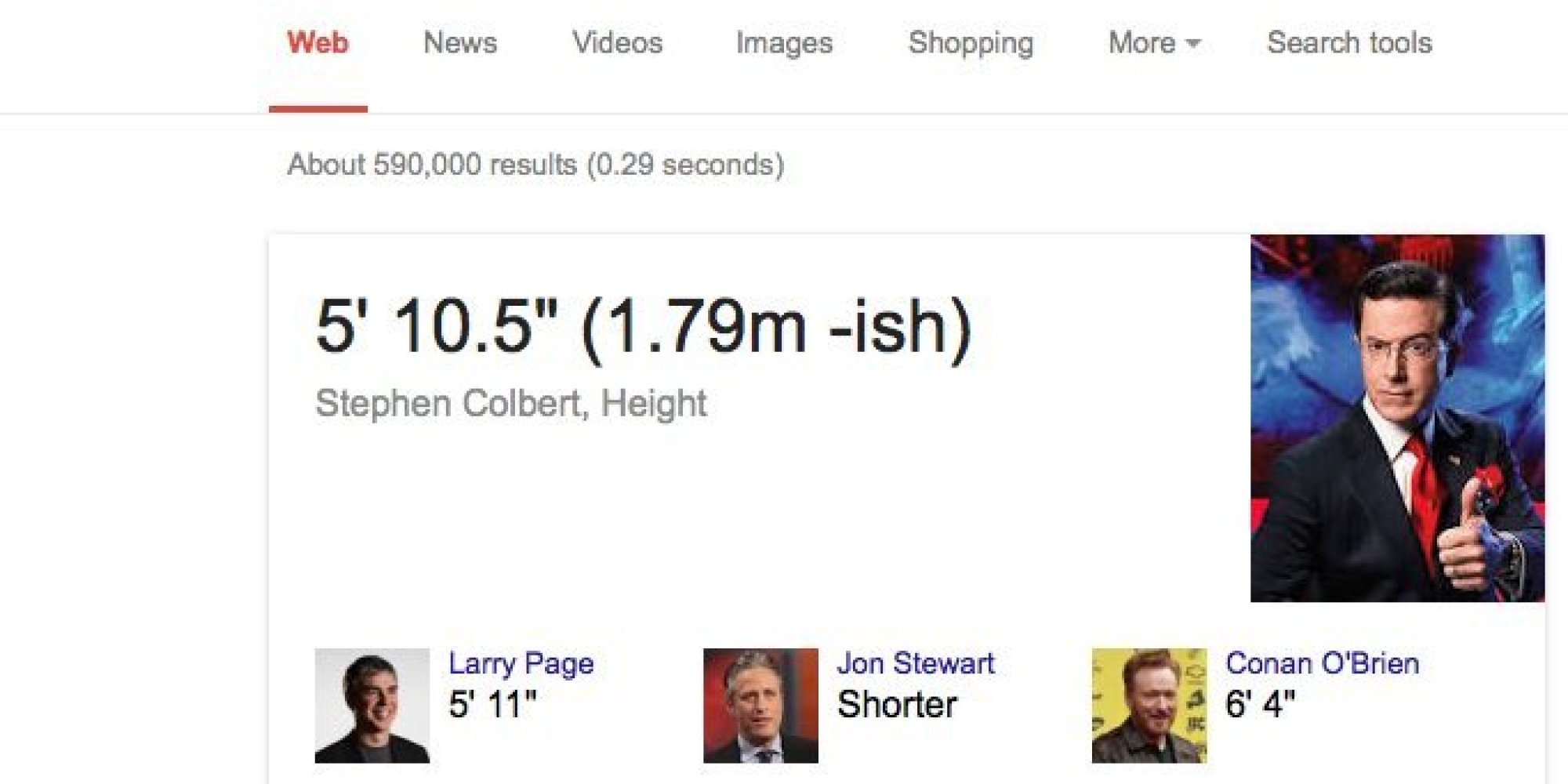 Stephen leads a healthy lifestyle, routinely exercising and eating the essentials. The exercises he does include running which he usually does in the morning for at least 30 minutes. He also occasionally walks on his treadmill and for that we give him a thumbs up.

When it comes to his diet, Stephen has a healthy and balanced diet that has him weighing 82 kg. Usually, he takes it easy on the carbs, as we all should. A typical Stephen Colbert breakfast would consist of a bowl of cereal with milk and his lunch is usually high in protein. He also makes it a point to always drink lots of water to keep his body well-hydrated. This hydration thing seems like a big deal and it’s about time we joined that wagon. 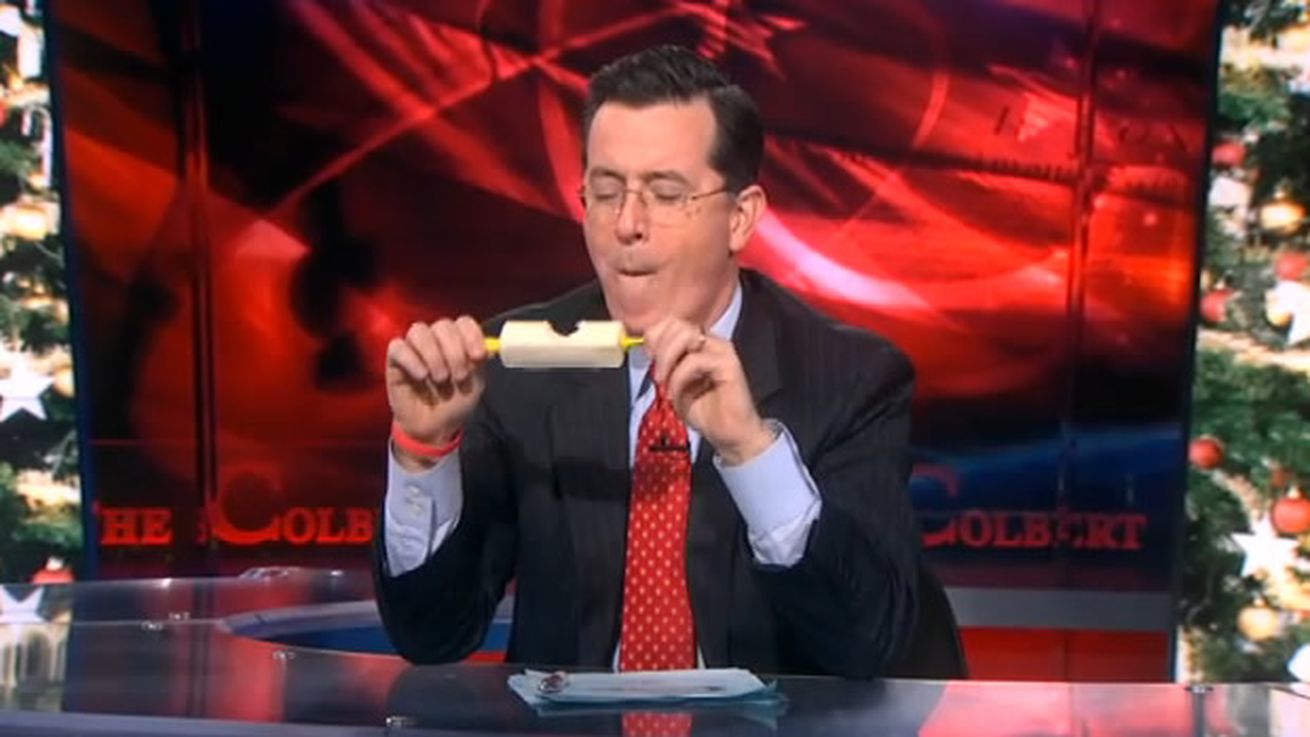 It is a wonder how the TV talk show host is not overweight, although he may lead a healthy life at home, he is constantly eating on his show. Whether he’s tasting dog food, eating a stick of butter or smoking a pipe filled with bacon, the comedian sure does have a lot of on-screen cheat days.

Unfortunately, in our plight to glean Stephen Colbert’s height, weight and measurements out for you, we have fallen short on the ‘measurements’ part. The comedian’s measurements are not out there, but we did not come back empty-handed.

Stephen wears a US size 11, European sizes 41-42 and a UK size 8.5. We hope we did not shave off any inches, kilograms or centimeters, because Google takes the crown for clever comebacks and we do not think we can compete.