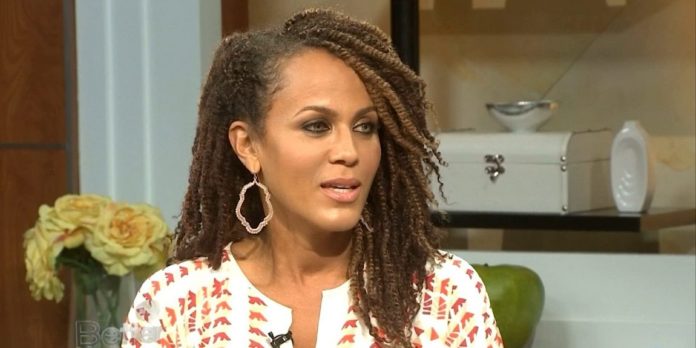 Born on October 7, 1970, is Nicole Ari Parker, an American actress who is famous for starring the role of Becky Barnett in the movie Boogie Nights. The sexy model is also known for her role as Teri Joseph on the TV series Soul Food.

Nicole, AKA  Nikki Kodjoe was born in Baltimore, Maryland, the United States of America to Donald Parker who was a dentist and Susan Parker a health care professional who are both American citizens. Nicole discovered her love for acting when she transferred from Montessori School to Roland Park Country School, where she became part of the drama club, and by age 17 had won a Best Actress award in a competition that included the entire state of Maryland.  Later she joined Roland Park Country School where she studied until her high school.

After graduating with an acting degree from the University of New York, Parker started appearing in several critically acclaimed films including Boogie Nights, The Adventures of Sebastian Cole, 200 Cigarettes and The Incredibly True Adventure of Two Girls in Love. Nicole’s major breakthrough came when she was offered a role at the series Soul Food which was aired from 2000 to 2004. The show helped her display her acting and singing career, with her popularity helping her land guest roles in numerous television series as well as roles in films. Later on, she took the lead role in the film Exiled: A Law & Order Movie. Together with Martin Lawrence, Parker was also a cast of Welcome Home Roscoe Jenkins and Blue Streak.

Nicole has accumulated much wealth for herself having acted for over 25 years. Her net worth is estimated to be somewhere around $5 million. She has won a few awards throughout her career: for her role in “Boogie Nights”, she was given a Screen Actors Guild Award for Outstanding Cast in a Motion Picture. She has also received seven Image Awards, five of which were for Outstanding Actress in a Drama Series for her role in “Soul Food”, while the rest for Outstanding Supporting Actress for a Motion Picture.

Parker was once married to Joseph Falasca, an actor who she eloped with in March 2001 but their marriage lasted only eight months as they divorced later that year due to some sort of misunderstanding. Years later the star actress met with “Soul Food” co-star Boris Kodjoe who at that time had a role of romance with her television character. Boris was born in Vienna, Austria. His nationality is Austrian. He also belongs to the nationality German too since he pursued his career in Germany. He belongs to black ethnicity. The 45-year-old man is equally successful in his career and his net worth of $8 million U.S dollars proves it.The two married in 2005 in Gundelfingen, Germany, have two children and currently reside in Los Angeles, California. On her wedding license document in German, her name is written Nicole Ari Ofuatye-Kodjoe born Parker. They also have two children- a daughter named Sophie Tei Naaki Lee Kodjoe who was born in 2005; and Nicolas Neruda Kodjoe born 31 October 2006.

Daughter, Sophie, was born with spina bifida- a birth defect where there is an incomplete closing of the backbone and membranes around the spinal cord. When asked how she feels about the situation as a mother and a wife, she simply replied by saying that she was at a time frazzled but that she had to force herself to learned to overcome her anxiety by taking things one day at a time.

Her experience and passions she developed in helping her daughter through her condition made her establish a foundation called Sophie’s Foundation where she and her husband are able to be a voice for those unheard and to provide education about prevention and a possible cure for this most preventable birth defect.

Nicole and Boris have committed their resources and celebrity to educating multicultural communities worldwide on the importance of families working together to build healthy lifestyles one day at a time.