He may be gone, but he still lives on in the hearts of his fans and the screens that he graced, we may not be able to see much more of him but we can definitely remember and experience him through the movies he acted. So, today it’s all about Neil Fingleton’s movies, sit tight as we check them out.

He started gracing screens as far back as 2008 and he fully transitioned from basketball to showbiz after 2007, due to a sports related injury in that barred him from the basketball court. At first it was mainly documentaries or TV series where he played himself, but gradually he moved on to better things and we are about to check that out. In 2007, Neil featured in the documentary, Superhuman: Giants, as himself, for very obvious reasons. The documentary featured other ‘giants’ like himself and follows the perks and challenges that extremely tall people face on a day to day basis. It was actually quite inspiring. In 2008, the star was on the popular and fun game show, Hole In The Wall. For those of you who have not seen it before, it features a team of celebrities whose mission is to form the shape created in a board steadily moving towards them or risk being pushed into a pool of water. Neil must have liked game shows as he featured in another one titled Pointless Celebrities, but it was all for a good cause as the show itself involves celebrities who try to find the most obscure answers to win money for their chosen charities.

Marvel studios has brought up some very wonderful movies and it has helped many-a-actor find his or her footing in the movie industry. It may not have been a major role, but he definitely did catch our attention when he played the part of the Russian General’s Bodyguard #1. Well that was just definitely a stepping stone to greater things to come for the star himself.

This was a really good Keanu Reeves movie, but we are sure that most of you did not notice an unusually large guy getting ready to face off with Keanu’s character, then again it would be hard not to notice the star in any role, whether major or minor.

Fingleton played the Lovecraftian who was preparing to totally end one of Lord Asano’s samurai in the action-adventure and we must say that he did a good job trying too.

In this movie, the star was apparently part of the Sargorn Fight Sequence.

You may not really see him in this per say, but the actor performed some of the stunts in it and he was also a motion capture actor.

Apart from the movies he has starred in, the fallen actor has been in a TV show or two, his TV career seemed to be moving quite well, here are the shows he featured in.

This TV show actually put him out there as it has a very vast and loyal fan base, the star played the role of Mag the Mighty also known as Mag Mar Tun Doh Weg, in the 2014 episode of the show titled, The Watchers on the Wall. So who is this Mag that Fingleton played? 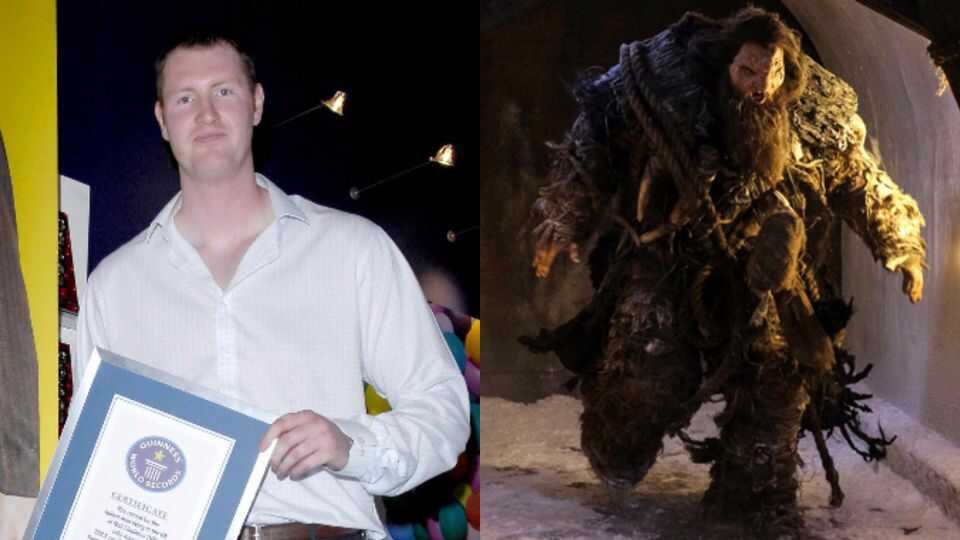 Obviously the character in question is a giant, he is also a member of Mance Rayder’s army. The Wildling’s actually tagged him ‘Mag The Mighty’. This particular giant is the leader of all the giants and Mance generally refers to him as the King of the giants. Well, through this role, the star must have made quite the impression as he is more popularly known for it.

In 2015, Neil played the part of a villain, Fisher King, on the show Dr. Who and he did it very well too. The character was an alien warlord who conquered Tivoli sometime in the 20th century and ruled the planet for ten years until he was overthrown and the planet was liberated by the Arcateenians. Along the line he died and was transported to (wait for it) Earth, but it turns out he wasn’t actually dead and he had a deliciously evil plan for his people to come and retrieve him… if only Neil had a plan too. Anyway, that’s a wrap on all Neil Fingleton’s movies.