We cannot escape them and we don’t intend to try. Whether it’s on our screens, the blogs or our fashion scene, the Kardashian-Jenner clan is here to stay. In light of that, we refuse to be left behind and have decided to spend some more time with them. Everything they do makes news, regardless of whether it involves Kylie Jenner’s siblings, her parents or any other fixture.

Instead of solely focusing on the starlet and whatever PR crisis she has to avert this time, let us look at the people that contribute a lot to the way she is, starting at home.

We can never run out of what to say on this topic because Kylie Jenner’s siblings are constantly in the public eye. Each of them have carved their own niche, apart from the one they share on the popular reality TV show, ‘Keeping Up With The Kardashians.’ Kylie’s family is a large one due to the fact that both her parents had children from previous spouses before they got married and procreated.

Since 2016, Kourtney has been in a somewhat bumpy relationship with her ‘baby daddy’, Scott Disick. The couple have 3 children together and were recently separated for good sometime in 2015.

Even we would take offense if you did not know who she was, judging by the fact that her whole family owes their fame to her, she is Kardashian royalty and boy do they bow before her… we think. Kim was born on October 21, 1980 and almost 36 years later she has made quite a name for herself as a reality television personality, actress, socialite, business woman and model.

The Kardashian family was doing well off before the fame and fortune, but Kim struck out on her own to make a name for herself doing what she loved; playing dress up and being popular. She was first noticed when she stepped out with the heiress Paris Hilton as her friend and stylist. What really got her out there was an unpleasant blast from the past. 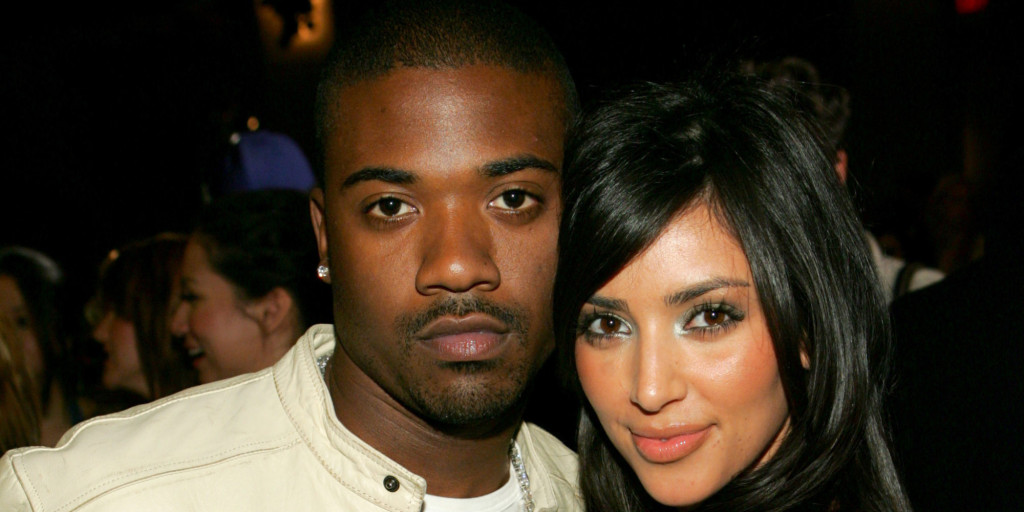 In 2003, Kim filmed a sex tape with her boyfriend at the time, Ray J. 2 years later, the tape surfaced and by May 2006, the socialite alongside her family, appeared on E! Network’s reality TV show, ‘Keeping Up With The Kardashians’. Since then, Kim has made a bee line for the top. Currently still married to her estranged husband, Khloe was born on June 27, 1984. This Kardashian sister must really love ‘love’, because she married basket ball player Lamar Odom a month after they met, in September 2009. Kourtney equally stars alongside her family members in KUWTK.

Previously referred to as ‘the fat Kardashian’ or ‘the fat one’, Khloe has ‘taken care of business’ and will star in the health and fitness docu-series ‘Revenge Body With Khloe Kardashian.’

Robert Arthur Kardashian, popularly known as Rob, was named after his late father Robert Kardashian. Born on March 17, 1987, he is a reality TV star and businessman, who is popularly known for his part in the hit reality TV series KUWTK. Rob also came in second place when he competed in the 13th season of ABC’s ‘Dancing With The Stars’.

He quit KUWTK in 2012 and sometime in 2014, the reality TV star earned the title of ‘the fat Kardashian’, when he put on a surprising amount of weight. In 2015, he was hospitalized after being diagnosed with diabetes and since then has moved on to live a healthier lifestyle. He owes much of this to his fiancee, Angela Renee White AKA Blac Chyna, who is currently carrying his baby.

Kylie is obviously closer to her immediate older sister who was born just two years before her on November 3, 1995. Apart from being known for her presence in KUWTK, Kendall is a model and has walked the runway for high fashion designers in New York, Milan and Paris during their fashion weeks.

More recently, she is modeling in a movement dubbed “the Instagirl era” by Vogue magazine where models are chosen due to their online presence. As part of the Kardashian-Jenner clan she definitely fits the part.

He is Kaitlyn’s first child and is currently a businessman.

Born June 10, 1980, Cassie was the daughter Kaitlyn almost did not have, as his wife at the time, Chrystie was pregnant half way through their divorce.

Cassie is currently expecting her 3rd child in a couple of months.

Brandon is Kaitlyn’s first child with the actress Linda Thompson and he was born on June 4, 1981. Apart from his few appearances on KUWTK, he appeared on another reality TV show, The Princes of Malibu, alongside his brother Brody.

He is also a part of an American-based Indie pop group ‘Brandon and Leah’, alongside his wife.

If you’re going to have children with three different women, you might as well make it two each. Kaitlyn Jenner sired a second child with Linda Thompson, he was born Sam Brody Jenner August 21, 1983.

Brody is a model and has pursued a career in showbiz. Apart from his appearances on KUWTK, he has been on ‘The Hills’, ‘Bromance’ and a handful of other TV productions.

With that we come to the end of the topic of Kylie Jenner’s siblings.

Tyga and Kylie’s relationship is quite controversial, as it dates as far back as when the starlet was but a ‘wee minor’. The two first interacted in 2011, when she was just 14. Slow your horses people, he performed at Kendall’s sweet 16 and there was a little flirting involved, nothing much. It wasn’t until late 2014, when Kylie began appearing in the rappers social media posts, that people got curious. That’s your cue to raise your eyebrows. This ignited a whole war, and raised more speculations as to whether they were dating. Amid all these, the couple continued to deny, deny, DENY! Simultaneously, their social media posts continued to confuse everyone. It wasn’t until April 2015 that Tyga openly professed his love for Kylie via tattoo. It was a smart move waiting till she was ‘legal.’ 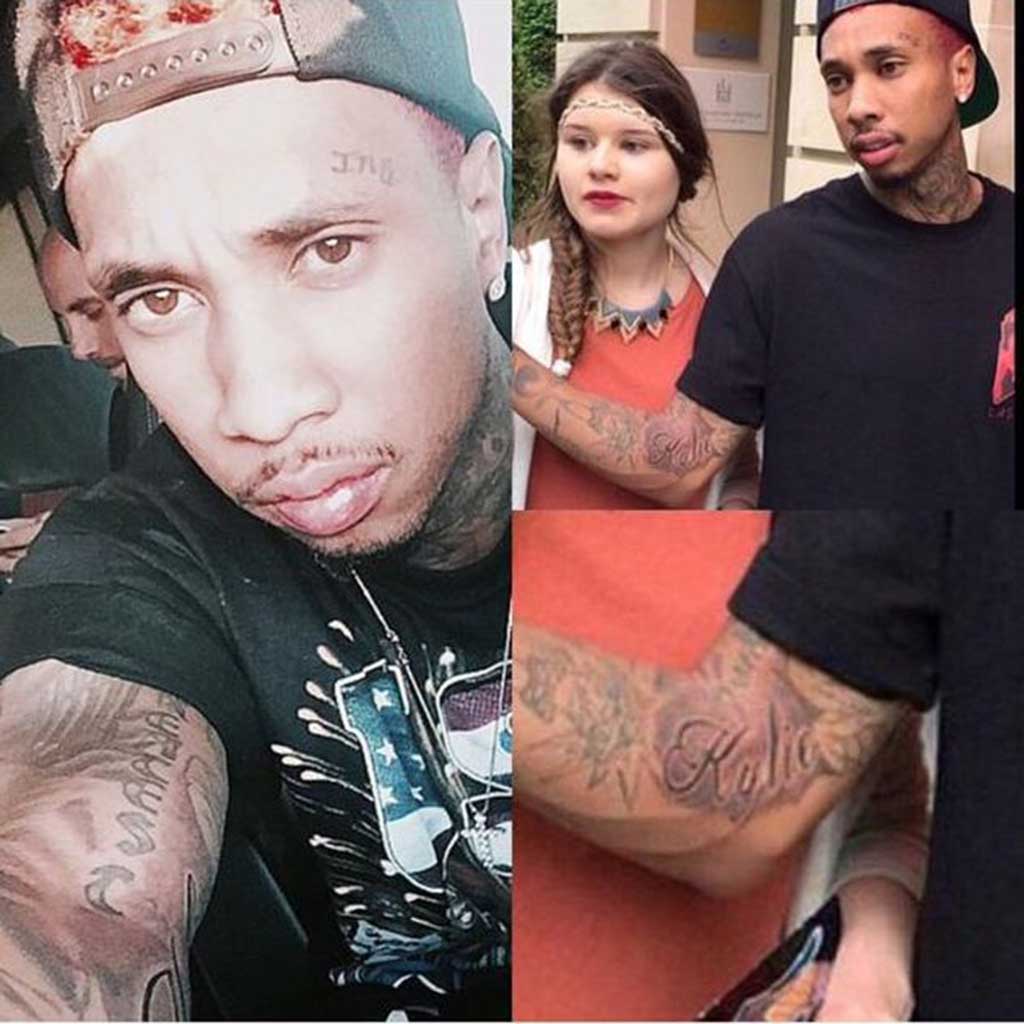 In November 2015, they called it quits, apparently over something Tyga did, leaving him in the wrong with a very awkward tattoo. The two were still spotted together till May, 2016 when they supposedly broke up at the MET Gala. Soon after they were back on again. We definitely are not getting invested in this relationship, the year may not be young but she definitely is and she has a lot of time to see what else is out there.