Everyone is hopping on the ‘body art’ bandwagon these days, from actors to sailors to college students to bums. All jokes aside, it’s become quite trendy, forget your portraits and abstract art, body art is the way to go for maximum self expression. Before you mistake this for a tattoo ad, let’s cut to the chase. It’s time to check out Kevin Durant’s tattoos.

At first glance, you wouldn’t know the athlete is a tattoo guy because he skipped all the usual places that one would expect tattoos to be on. Honestly, you would not notice till he takes his shirt off. His well known tattoos are on his torso and his back, but as recent as last month Durant added two tattoos to his collection, let’s check them all out.

His torso is covered in ink and at first it’s quite hard to pick out what they say and represent. On his chest he has a dove over the name Barbara and a rose over the name Wanda. These were done in honor of the women that raised him; his mother and grand mother. The athlete must really be ‘Bible savvy’ because below that he has a bible inscription from Proverbs 15 verse 33, also there’s a cross with words written ‘walk by faith not by sight’. On his mid torso, he has the Washington Nationals-styled “W”, being from the D.C area, this is probably his way of paying ‘homage’ to his ‘hometown’. That’s what’s mainly going on in his torso area, let’s move on to his back tattoos.

Like we said before, someone knows his way around a Bible, the athlete’s back tattoos are a strong signification of his Christian faith. On his back he has Jesus Christ and an angel holding a basketball on the left and on the right there is an inscription of  James 1:2-4.

Although it’s just so great that he’s in touch with his God, it’s not so great that the tattoo was misspelled. The text was meant to read, ‘ Consider it a sheer gift, friends, when tests and challenges come at you from all sides. You know that under pressure, your faith-life is forced into the open and shows its true colors. So don’t try to get out of anything prematurely. Let it do its work so you become mature and well-developed, not deficient in any way.’ But the word ‘mature’ was spelled as ‘mautre’, at least we think that’s what it said. The bummer here is that, it took a long while to get the tattoo done. So it was definitely not a tough call to get it fixed, as the athlete later uploaded a follow up picture with the correct spelling.

We thought he wasn’t ‘showy’ with his tats, but this particular piece of body art is quite hard to miss. It’s a giant portrait of Tupac on the athlete’s left calf, so there’s definitely no way you can miss it. Lots of people took to social media platforms to have a laugh at his expense. Despite it all, Durant is still quite proud of his tattoo and to think he was just getting started. 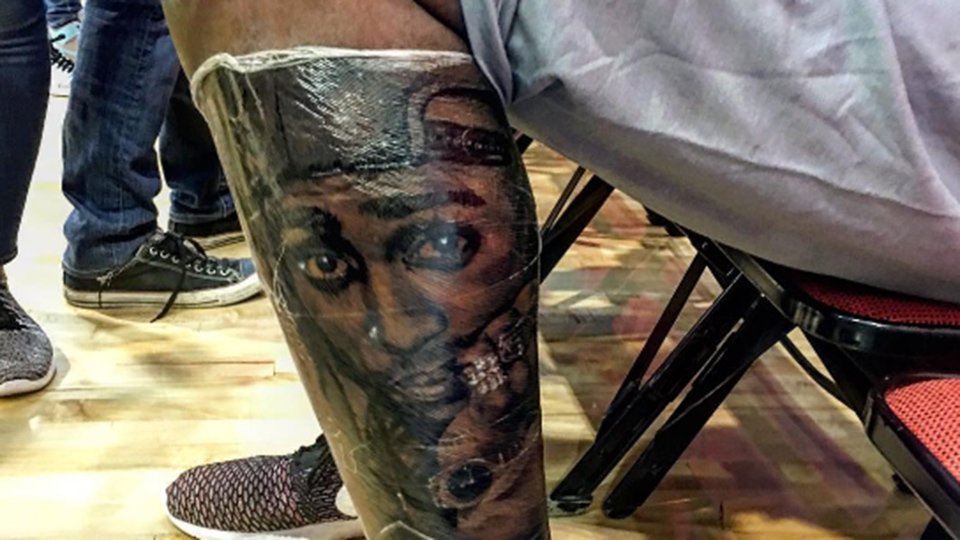 Soon after he got the ‘giant Tupac tattoo’, the actor got himself a flashier piece of ink. It’s right there on his thigh, another blown up piece of ‘art’, he has a tattoo of Rick James. The tattoo is still located on his left leg, but this time on his thigh. It’s just as large as the ‘Tupac’ one and it’s got us worried about what he has in mind for his right leg. 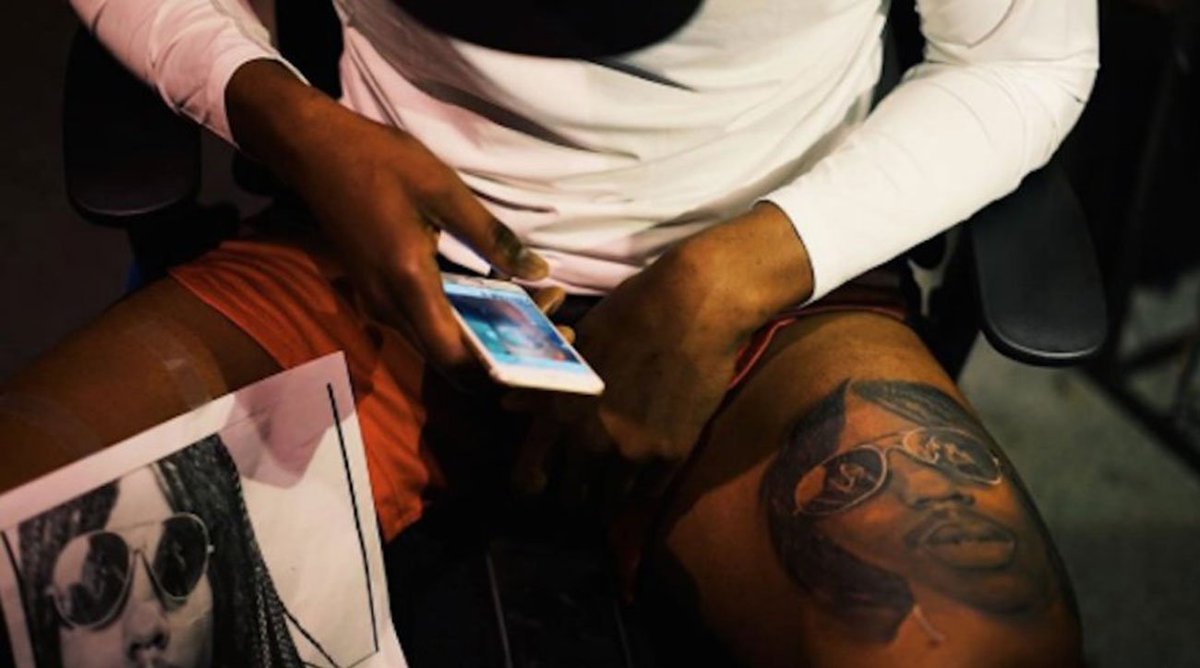 Kevin’s had a house in Oklahoma, but that’s a thing of the past, since he sold it a while back. When we last checked, the athlete was still trying to figure out where to call home and his team mate, Stephen Curry, was helping him figure it out.

When talking to, The Undefeated about this, Curry said, ‘ I talked to him about where he is going to live, Kevin and his crew are staying up in Oakland first until they figure out how they are going to do things.’ Nevertheless, he also put his Miami home on the market, we can’t wait to see where he stays next.