It’s not odd in Hollywood to get a little work done here and there, in fact it would be considered extremely weird to have no body enhancements whatsoever. It’s no doubt that Jennifer Aniston’s nose has had a little fixer upper of it’s own, the actress is certainly not walking around with the same nose we first saw her with. Let’s do some more digging.

Yes people, our dear Jen is on the list of celebrities who have gone under the knife for one reason or the other. In 2007, she admitted that she got a nose job to correct a deviated septum. In her own words, ‘I had [a deviated septum] fixed. Best thing I ever did. I slept like a baby for the first time in years’. 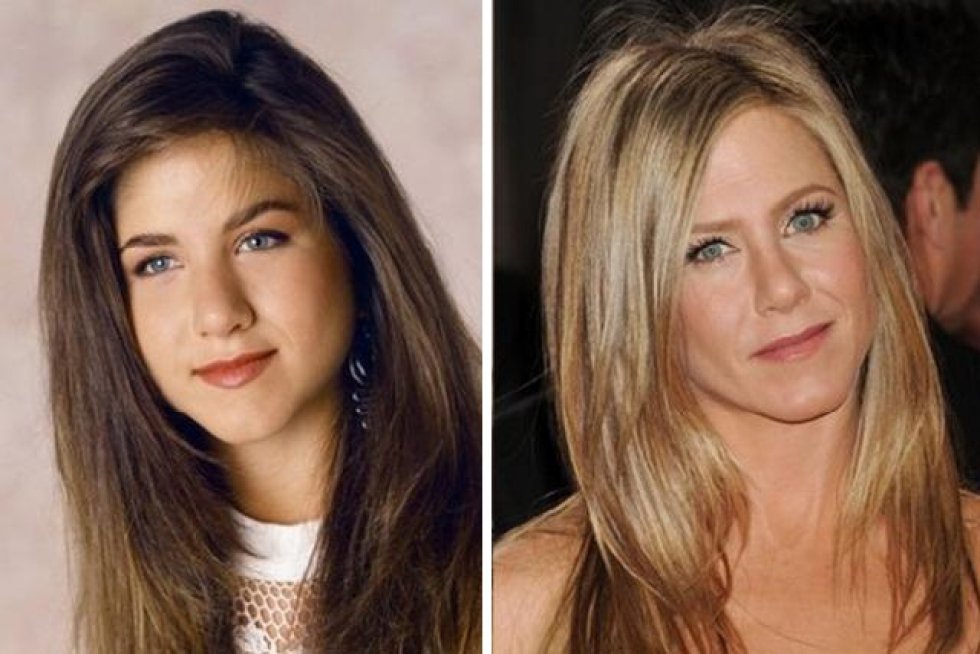 She was evidently not satisfied with that nose job because she decided to go for another one. The next procedure made her nose got more defined and it’s bridge narrower.

Jen is not the only celebrity who has fixed a ‘deviated septum’, actresses like, Cameron Diaz, Ashley Tisdale and Heidi Prattt have also gone under the knife for the same reason. As much as we would like to raise our eyebrows, it is actually a condition. 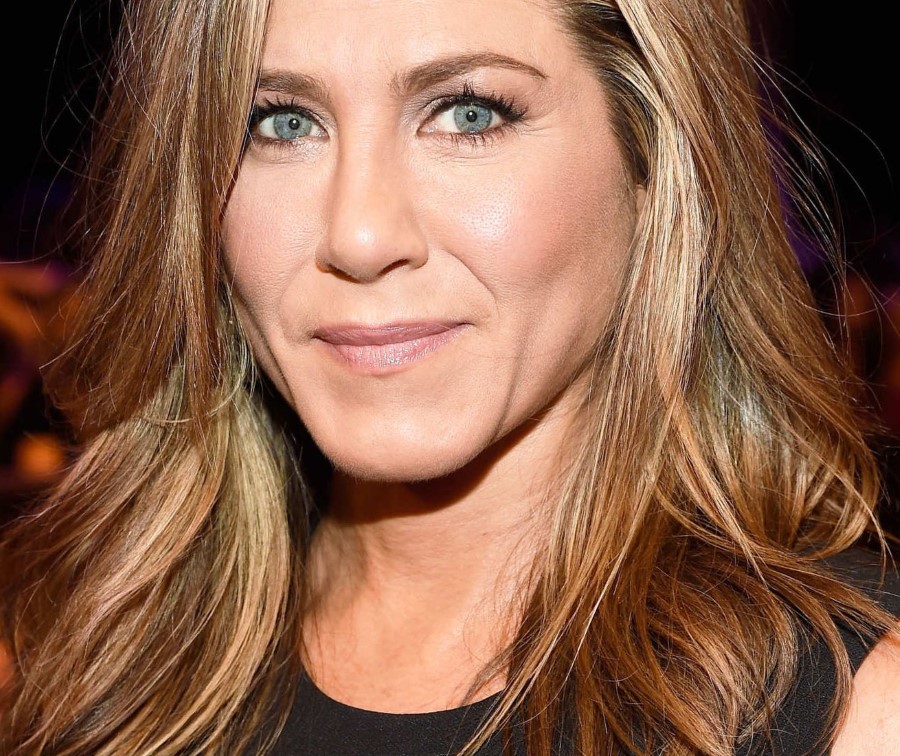 Apart from Jennifer Aniston’s nose job, there have been speculations about other procedures she might have had. Jen admitted on the Conan O’Brien show that she gets frequent laser treatment for her skin. I believe her actual words were, ‘I did this thing called like, a peel. It’s extremely intense — you don’t realize you look like a battered burn victim for a week — and then [the dead skin on your face] just kind of falls off …for eight days. It was horrifying.’

Jennifer’s breast have also gotten a fair share of attention, for ‘not being out there’. Do you need and explanation? Well, word on the street is, Jen does not expose her breasts in her movies because she does not want us to notice that she moved a whole breast size up. The ‘Friends’ star went from a B cup to a full size C! Jen has never admitted it and as such the tongues are still wagging.

She may not have achieved a full-on Kylie Jenner pout, but there are also rumors that the star has occasionally gotten lip injections, but she has not admitted to it… yet. Nevertheless, Jennifer Aniston’s nose, boobs, lips and skin suit the star just fine.

This topic is obviously not as straight to the point as that of Jennifer Aniston’s nose job, the actress has called more than a couple of places home. Hopefully, we can  give you a run down without taking up your time.

Jen’s personal property in Beverly Hills, was quite the eye grabber and it even got into architectural digest. No wonder the house sold for a whopping $53 million in 2011. 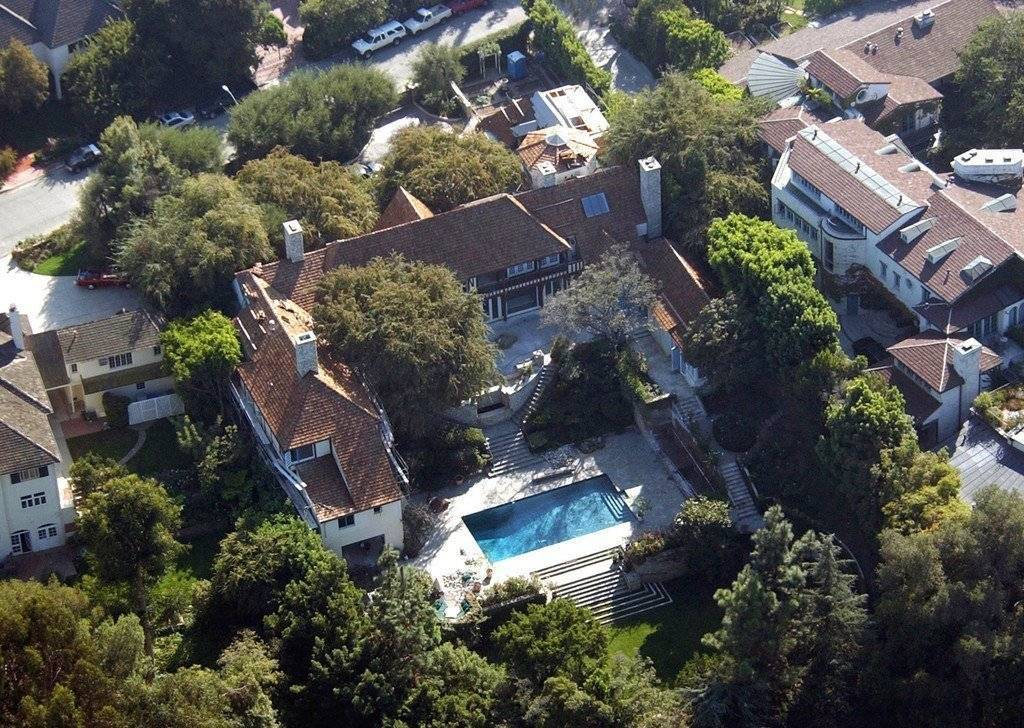 The actress spent years transforming her 1970’s era, Beverly Hills mansion into a welcoming home fit for high style entertaining. The house was purchased in 2006 for $19 million, this means she made a profit of $34 million when the house went back on the market. There is no smiley out there that can express our awe.

Since then, the actor has moved around a bit. In August 2011, she moved into a small rental in LA with her then fiancee,Justin Theroux, no doubt, while they searched for some new digs. Thinking about having a getaway? Well, you can start by imagining yourself in Jen’s Hawaiian vacation home, which she often enjoys with her husband.

In 2012, when they finally set their sights on real estate in Bel Air, Jen and Justin moved into a Beverly Hills rental while renovations were made on her Bel Air home. I assure you, it was no regular rental, this is what you call ‘renting in style’.

Finally in 2013, the couple moved into their Bel Air mansion, and from the gate you begin to have a feel of the $29 million it was worth. The 789-square-metre home, features three fireplaces, four bedrooms, and six baths. The inside space is simple but classy, with dashes of color to compliment the cool decor.

The outside space not only wide, but it looks airy and asymmetrical.

The aesthetics are beautiful and serene, and there’s a certain balance it holds. 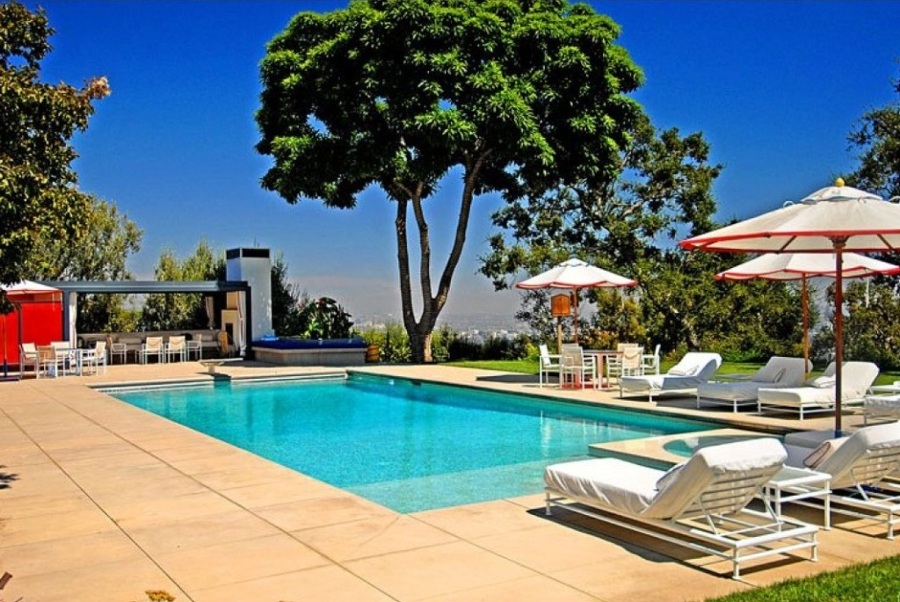 Needles to say, that was money well spent.

Last year the actress appeared on the January 20 cover of The Hollywood Reporter in a chunky cable-knit sweater and a classic pair of pumps, beside the headline ‘Jennifer Is Just Fine’. The cover was definitely all about her toned legs, although the article touched issues like her struggles with anger and dyslexia, and also how she deals with the constant questions related to her ex, Brad Pitt.

Nevertheless the actress hardly passes up a chance to showcase her gorgeous legs and we do not blame her, whether it’s a dress, skirt or a pair of shorts, she rocks it well.

The 47 year old actress has a body even 20-year-olds would covet. It does not happen overnight people, apart from her work out routine, she has a diet, she even has a couple of personal chefs thrown in there. Jen is on the Zone Diet which was developed by Barry Sears. It is also known as the 40 30 30 diet. This is because it is built upon the principle that you should eat 40 % carbohydrate 30 % Fat and 30 % Protein each day. Before Jewels and Jill Elmore became Jen’s personal cooks, she lived on  an assortment of ‘prepackaged Zone meals, overcooked takeout and the occasional piece of cheese, now they cook her proper meals. So thanks to them, she follows a high-protein, low-fat eating regimen and complements her meals with omega-3-rich fish oil which help with the skin and hair, control weight,and also help the heart. 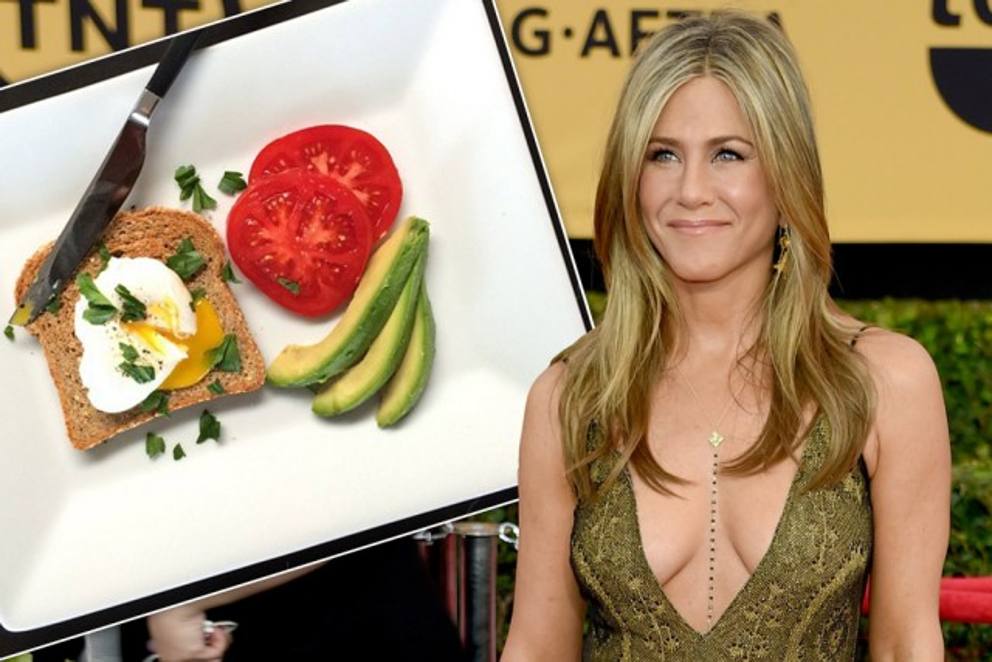 Its do-able, or at least we think so, there’s more about her diet on The Jennifer Aniston Diet page, in case you want to try it out. We leave with some wise words from the star herself, ‘Stay hydrated.’