A few years ago the internet was always awash with news headlines about Taylor Swift’s dating, break ups and the latest guy she was penning down lyrics about. However, of late it seems she’s found a regular guy as there are no more juicy stories about who she broke up with. This has led most people asking hard questions about her dating life and the core question remains; Is Taylor Swift married? Read her dating story below to get more insight about her current relationship status: Joe Jonas was Taylor’s first A-list boyfriend and this couple started dating when they were budding stars. It is said that Joe ended the relationship via a phone call that only lasted 27 seconds. This could be an indicator that something somewhere in the relationship went terribly wrong. At their dating heydays, the two lovers were fondly referred to as Taylor squared but this union of two iconic teens was also short-lived. The two had met on the set during the shooting of Valentine’s Day and had an instant liking for each other. Rumour has it that this fling ended since Taylor Launter was more into it than Taylor Swift was. Nevertheless, they remained friends. Judging from the tone of her music, it is evident that her relationship with her fellow musician John Mayer was one of the most tumultuous she has ever had in her long dating life. In one of her songs, Dear John, Taylor sings “don’t you think I was too young to be messed with? The girl in the dress cried the whole way home”. This line is too telling as she was only 19 years of age when she dated this notoriously broody musician. This four month long fling with Jake is widely considered as the most serious of all relationships that Taylor Swift has ever had. Jake reportedly went out of his way to have a chartered private jet fly her on a date out during their fling. Sadly the movie star ended things between them allegedly over a text and whatever they had became history. According to numerous rumour mills, the songs “The Moment I knew” and “We are Never Getting Back Together” are all about Jake. Everyone remembers the cute fling this couple had back then. Sadly, Conor and Tay were not reading from the same page. Conor, a grandson o Robert Kennedy, was by then only 18 years of age and was scheduled to leave for college at the summer end. There are some reports that Taylor had taken the relationship seriously and had even gone to the extent of getting a house nearby so as to be closer to the golden boy. Despite doing all this, the relationship came to an end after only three months and she had to sell the house and move away. Despite this romance being short-lived, Taylor and Harry were the it-couple of the moment back then. The pair had made some public appearances together and their music fan bases were supporting the relationship fully. The two love birds blamed their break up to the scrutiny they got in their relationship as well as the media attention that was intense. Swift took a rather lengthy period off dating after breaking up with Harry (the 1D star). 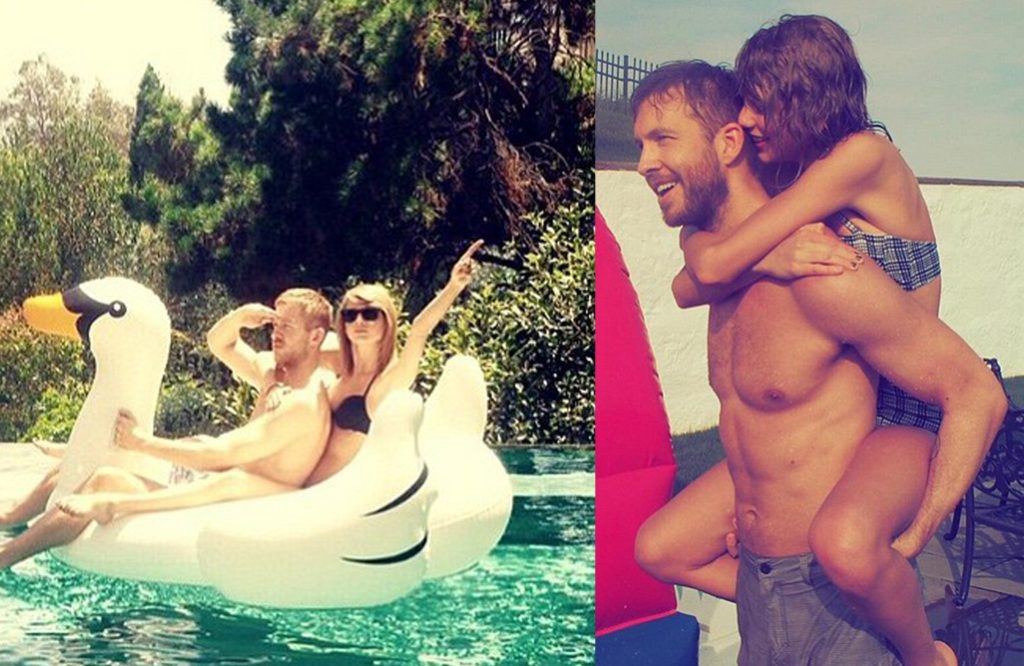 After what appeared to be an hiatus from dating. Taylor kicked thing off again with Scottish DJ Calvin Harris. Rumours about their relationship began when the pair were spotted holding hands at Haim concert in West Hollywood and later in the Kenny Chesney concert in Nashville. Though there have been rumours that the relationship is shaky, the duo appear to be waxing stronger. In 2015 Forbes reported that they were the highest paid celebrity couple with combined earnings of $146 million. To answer the curious question, Taylor Swift isn’t married yet, though many are rooting for her relationship with DJ Calvin to lead down the aisle.