Inside Survivor Ashley Reeves Marriage and Where She Is Today

Ashley Reeves is currently married but has decided to keep the identity of her husband under wraps. Although there is a rumor that she got married to her boyfriend, Jeremy Smith, it has not been confirmed by any reliable source.

Considering the event that brought Ashley Reeves to the limelight almost 17 years ago, people are still interested in knowing about the survivor’s current state. Most of them are curious to know if she is currently married, while a lot more want to know what she has her hands on and where she is.

Who is Ashley Reeves?

Ashley Reeves was born in Belleville, Illinois, United States, in January 1983. The 40-year-old American is the first child of her parents, Tracy Green Koenig and Michelle Reeves. Ashley has two younger siblings, Madison Koenig and Daniel Koenig, however, details about what they are up to are unknown not disclosed.

Although the schools that she attended are not clear, some sources claim that Ashley attended Columbia High School. According to some reports, she intended to attend college, but it is unknown if she ever did.

The Incident That Brought Ashley Reeves Into the Spotlight? 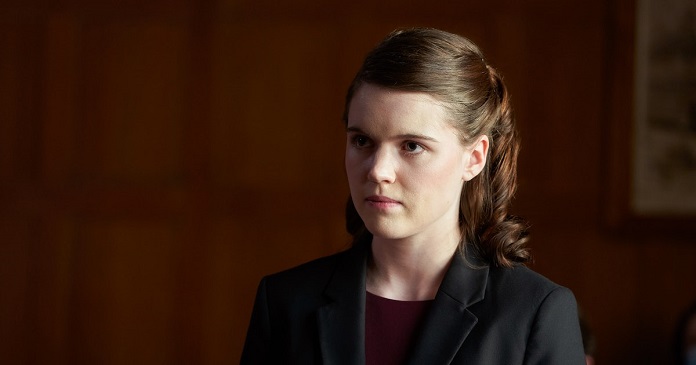 Ashley Reeves began to make headlines after she survived a deadly assassination attempt by Samson Shelton, a high school teacher, back in 2006. She reportedly met the teacher, who was also a professional wrestler and gym instructor, in high school before their romance began to blossom. It was revealed that he manipulated her into coming into his house by feigning a stomach upset.

After they had sex, he reportedly tried to break off the relationship while they were driving, but Ashley was not having any of it. As a result, he used a chokehold to drag her out of the car and further strangled her with his hand. When he was sure that she had died, he dragged her into the woods, where he used leaves to cover up her dead body and where she stayed for many hours.

Prior to the incident, Ashley Reeves told her parents that she was going for an interview and would then play basketball afterward before returning home before 10:00 p.m. Hours and minutes passed, but no one saw Ashley, her restless parents tried contacting her many times, but all to no avail. They wasted no time in contacting the authorities, who swung into action.

According to reports Ashley Reeves was in two relationships at that time. During the period of the attack in late April 2006, she and Jeremy Smith appeared to be in a very serious relationship. The contentious pair had been dating for approximately two years, and it was clear that they were deeply in love because he seemed to value every quality she possessed.

Although he was initially suspected to be the culprit, as investigations went on, he was exonerated. He stated during one of his interrogations that he did not travel on the day she was attacked, and that is why she used his car.

Jeremy further confirmed to the police that Ashley texted him to give her a call as soon as he got the chance. He also confirmed that she told him earlier that she would be going for a job interview, after which she would play basketball. Jeremy lamented that if he had returned the call earlier, this wouldn’t have happened to her.

However, the car that Ashley Reeves was driving was later found in Belleville, Landermark with her backpack and basketball kits inside. This gave the police a clue, and they pressed on with their investigation.

Who Was Responsible For The Attack On Ashley Reeves? 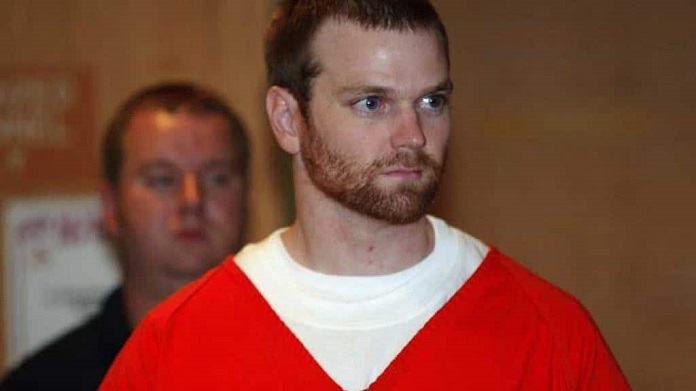 Samson Shelton was later discovered to be the man behind the mask in the attempted murder of Ashley Reeves. This was after he had given numerous contrasting testimonies on the whereabouts of Ashley. He was later made to kneel and accept his crime by his grandmother.

This came after about 12 hours of interrogation by the police, Shelton finally admitted to the crime. He admitted having a relationship aside from friendship with Ashley, stating that she had developed an infatuation with him. The teacher further revealed in his confession that he choked Ashley after they had a quarrel.

However, investigations hold that the reason for their quarrel is that Ashley wanted to quit their relationship. Maybe because she finds it abusive or wants to focus on her boyfriend, who was rumored to be engaged to her at that time.

Shelton admitted to the police that he attempted to cover up the murder because he was scared after seeing Ashley Reeves’ neck fracture. He then dragged her into the woods, where he made an effort to conceal what he believed to be her corpse. The teacher eventually directed law enforcement to the location where he had left her, and miraculously, she was still alive.

He was released on bond while awaiting trial, and while staying at his mother’s house, he attempted suicide by taking an intentional overdose of antidepressants. When medics and sheriff’s deputies arrived to help him, Shelton allegedly turned hostile, spitting on a deputy and attacking medical personnel who tried to treat him.

Ashley Reeves Survived The Assassination While Samson Shelton Was Jailed

The then-17-year-old girl was attacked and left in the woods for over 30 hours to die. However, the police found her still alive and immediately took her to the hospital, where she fully recovered.

The level of the injury she sustained even made it impossible for her to remember who attacked her or even the reason why she was attacked. However, based on investigations, it was found out that her attack was related to her relationship, which got everyone she was dating involved, thus also exposing them to the limelight.

Meanwhile, Samson Shelton faced the law and was sentenced to a medium-security prison on a 20-year prison term for first-degree attempted murder. When presented with the chance, Samson declined to address the court or even express regret to his victim. He is still detained at the medium-security Hill Correctional Center in Galesburg as of now. Although he will be eligible for parole by spring 2024, his initial release date was April 22, 2027.

No Ashley is currently fully recovered from the injuries she sustained in the attack. It was reported that she suffered paralysis after the attack, which was a result of the injuries. Samson Shelton, who admitted to having broken her neck and thrown her out of a moving car, decided to dump her in the park. It is no doubt that injuries sustained from this act can lead to serious paralysis. Who did Ashley Reeves Marry?

It was highly rumored that Ashley later got married to her boyfriend, Jeremy Smith. Meanwhile, the rumor seems to be false, as she has never confirmed that she is now married to Jeremy Smith. However, there may still be some truth to it, but because she has decided to keep details about her personal life way from the public, we may never get to know the rumor is true.

Where Is She Now?

According to available reports, Ashley Reeves is currently married with two children. She has decided to keep information regarding her family and herself off the public record. There are also no reports on what she currently does for a living.