Celebrities are saddled with the responsibility of living a double life; their onscreen and off-screen life. It’s no shocker, the fact is out there in the open. We pretty much get to see one part of their life as a whole lot but the other, not so much. So today, let’s take a peek behind the scenes and get to know more about Ice Cube’s family and the place they call home.

Her name is Kimberly Woodruff and she has been married to Ice Cube for over 2 decades. She is truly the definition of a ‘ride or die’ as she has been with the star through thick and thin. She was with him when the ‘Ice Cube’ brand was just a dream. It’s only fitting that we take a moment to travel down memory lane and see how the two got to where they are today. When Ice first laid his eyes on the woman that would someday be his Mrs, he was taken with her. Kim on the other hand, not so much, she was even involved with someone else at that point and as such she didn’t think much of him romantically. Here is what he had to say about it. 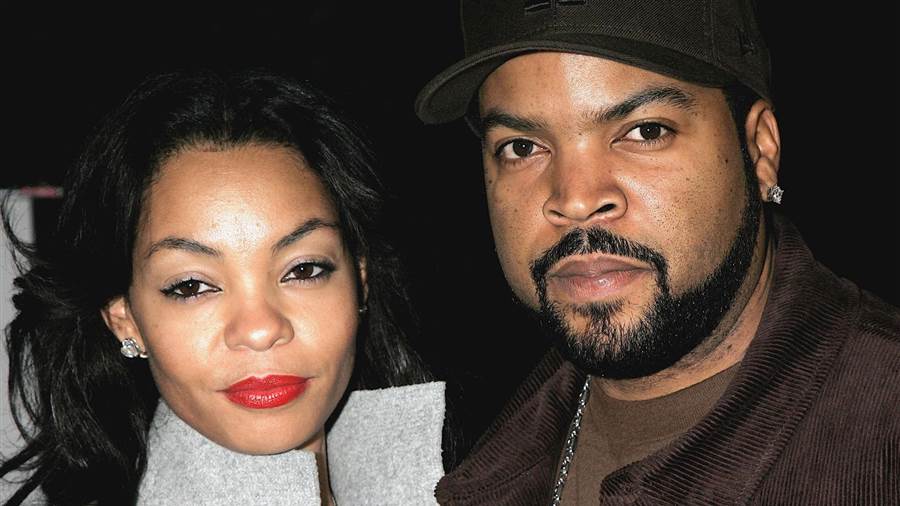 ‘ The first thing I thought I was, ‘Wow, she could be your woman, the first time we met, she wasn’t feeling me, but the next time, we had more time to get to know each other.’ That just proves that patience is key as 6 months down the line the two crossed paths again and they hit it off. Kimberly was as single as could be and it just clicked, by  February 24, 1991, they had their first child, O’Shea Jr. The next year by April 26, 1992, they officially tied the knot and became man and wife. We do not know much about her, as it is obvious that she goes out of her way to stay out of the spot light, but this much we do know, she has been more than supportive throughout her man’s career. The star does not hesitate to gush over her when he has the chance. In an interview with Willie Geist for Sunday TODAY, he said, ‘ She’s my backbone, I wouldn’t be here without her. He added, ‘ It’s a true partnership. I respect my wife and she respects me.  I still get the butterflies when I see her. Romance and sex doesn’t have to fade. I still want her to look at me and say ‘this is the man I still want to be with.’

Ice Cube’s family is quite the big one, he has 4 children with his wife of 25 years, Kimberly Woodruff. His first child is O’Shea Jackson and he was born on on February 24, 1991. He goes by the stage name OMG and he is an American actor and rapper. He played an important role in the 2015 biopic, Straight Outta Compton, as his father. He’s a college graduate, O’Shea holds a degree from the University of Southern California, where he studied screenwriting. Well that should come in handy. He is currently following in his father’s footsteps as he is pursuing a career in the music industry. So far he has released his first mixtape, Jackin’ for Beats, online. The couple had their second son, Darrell Jackson, on December 29, 1992. Much like his father and brother, Darrell is pursuing a career in the music industry. Soon after came the first and only girl, Karima Jackson, and she was born on 17 February 1994 and then Sharif Jackson on November 27, 1995.

There’s no doubt that due to his success, Ice Cube can afford to splurge a little bit when it comes to living arrangements. Last year he bought $7.25 million home in Marina del Rey, California. According to Trulia Reports, he bought the house from another notable personality. If you guessed that it was Jean-Claude Van Damme, you guessed right. The 7,575 square foot house features 6 en suite bedrooms, 11 baths, a formal dining room a chef’s kitchen, a living room with a fireplace, a family room and bar area, a large office, a home theater, and a wine cellar. That’s just inside the house. Outside features, terraces that overlook the water and extend the space outdoors. In an interesting twist of architecture, on the rooftop, there’s a swimming pool surrounded by 360-degree views of Marina del Rey. Now that’s a cool house, fit for a cool guy.

Ice Cube is currently worth $145 million with the majority of his earnings coming in from Rap music and acting career.