Dwayne Johnson’s Tattoos And His House People get body art for different reasons, but it all boils down to one which is self expression. Dwayne Johnson’s tattoos are peculiar in the sense that, they contain his family history. Yes people, if you are well versed in Samoan, you could probably decipher what is on there. For those of us that skipped Samoan 101 back in school, we are here to deliver the basic gist of the tattoos. Sit tight.

The year was 2003 and the actor traveled to Hawaii to take part in a traditional Samoan tradition. The actual ‘inking’ was done by a popular Tahitian tattoo artist named Po’oino Yrondi and it took a total of 60 hours (20 hours at a go) to complete the intricate designs. That year, The Rock was not the only one sitting for 20 hours to get a tattoo done, his cousin, Tanoa’i, also got some ink. 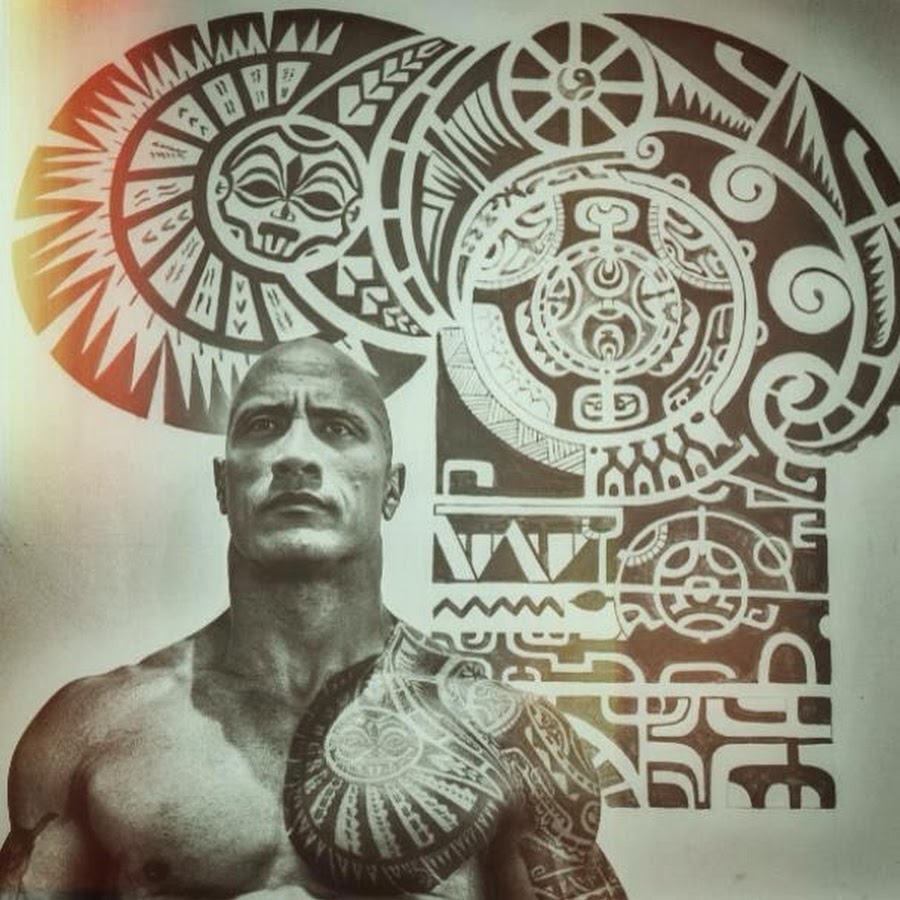 In fact, it was a whole family affair, family members came out, music was played and stories about their rich heritage were shared. OK, back to the topic of Johnson’s tattoos, the original piece was a half sleeve tattoo, but later on that year, the actor extended it over the left side of his chest. Each line and curve holds great meaning and we are going to try to break it down.

The whole gist of Dwayne Johnson’s tattoos boil down to three things; family, protecting his family and having ‘a very aggressive warrior spirit.’ To further break it down, here is what some of the significant markings stand for. The coconut leaves, represent a Samoan chief-warrior, then there is a sun, which brings good fortune.

The A/ga fa’atasi (three people in one), starts on his shoulder and continues on his chest, it represents Dwayne, his wife (presently his ex-wife) and his daughter. 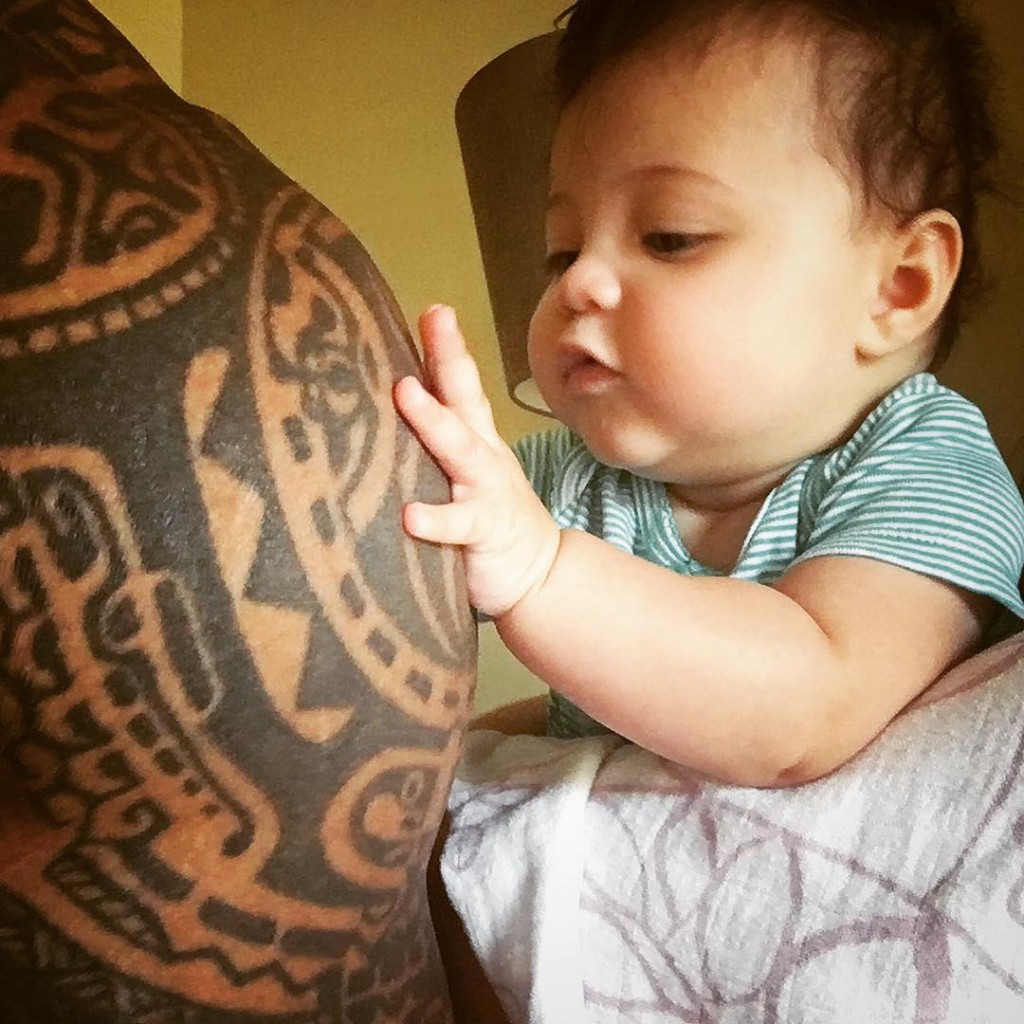 The tattoo also features descending swirls which represent the past, present and future, also there are two eyes symbolizing his ancestors watching over his path and also the Great Eye, which is used to distract the enemy in battle. There’s still plenty ‘tattoo’ to scrutinize, so hang in there. In Johnson’s tattoos, there is also a broken face marked by shark teeth, which represents The Rock’s spirit protector and a symbol of his struggle.

There’s also a priest and spiritual guide, which symbolizes enlightenment, stones of achievement and abundance, denoting the foundation of his life and a tortoise shell, to deflect evil spirits. No wonder this thing took 60 hours long and this is only the arm part, the actor went back for more.

The chest piece consists of a warrior face right over his heart, and it represents Dwayne’s warrior spirit and his ability to push through and overcome all challenges. Apart from this intricate design, the actor got a bull inked on his upper right arm and it is a reference to his nickname, ‘The Brahma Bull.’

When asked if he would be going back for any more additions all said was, ‘I’ve got a lot of body, we could cover a lot of body.’ He sure does.

As of last year, the wrestler turned actor spent $3.5 million on a mansion in Florida. Though it is classy, the house itself is quite modest for an celebrity of his caliber. Don’t get it twisted, it’s not mud hut an we have the pictures to prove it.

The gated- estate features an array of glamorous fixtures; it has 6 bedrooms and with bedrooms looking like this, we are tempted to move in. 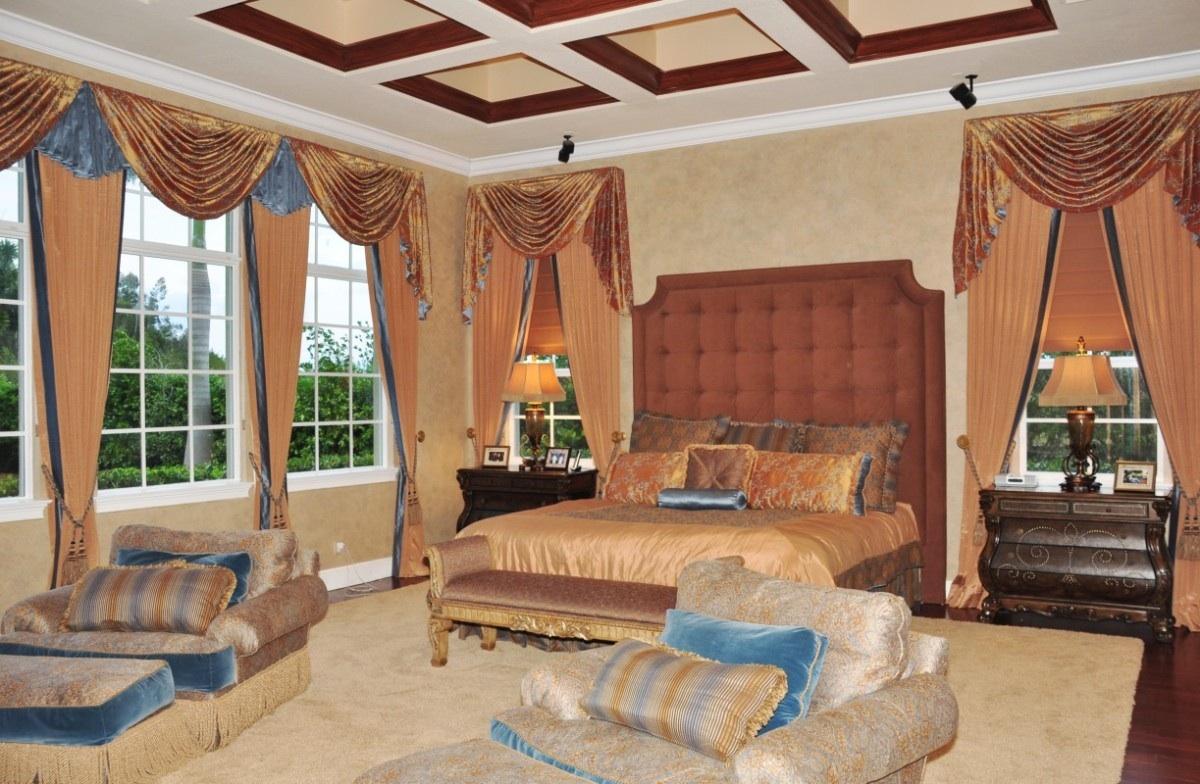 The house also has 7 baths, there are also showers for those who would prefer that. The bathroom even features a chandelier! We told you it was no mud hut. 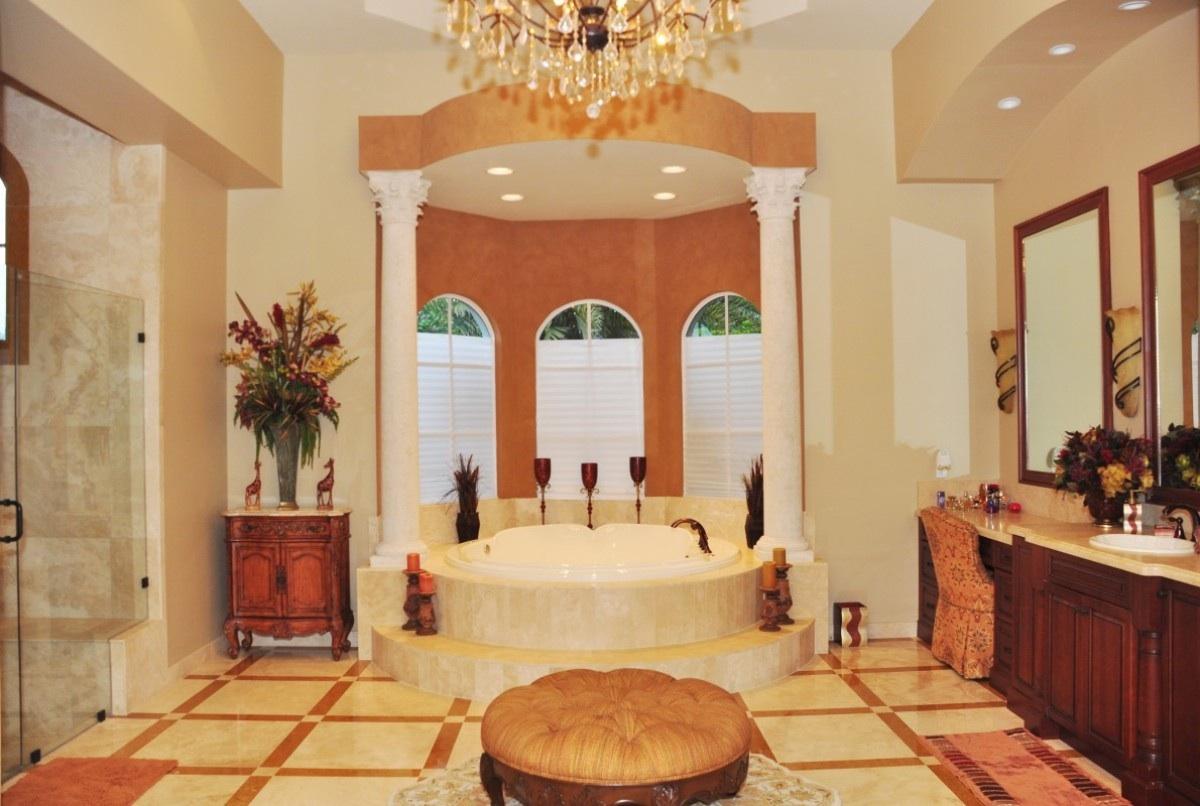 In addition, there’s a home theater with it’s own ticket booth, we bet that comes in handy. Watching yourself on a big screen, in your own house, well nothing beats that.

The house also has a gym, we all know the actor loves to get his ‘workout’ on so that piece of information is no spoiler alert, and of course he has a pool on his 100,000 square foot home because every pretty mansion deserves a pool. There is no doubt now, that the star lives in style, we cannot say we didn’t expect it.