One talented American meteorologist who has shown her excellence beyond the weather arena as a journalist, reporter, host and a television personality is Amy Freeze. She has made quite a contribution to the journalism industry and is greatly admired for her presentation, accuracy in forecasting and outstanding reporting skills.

Amy has won the National Academy of Television Arts and Sciences Emmy Award three times in the course of her career. She earned National Weather Association and American Meteorological Society Seals of Approval and was one of the first 20 women in the world to be certified a broadcast meteorologist with the certificate number 111 from the American Meteorological Society. In addition to her achievements, she was named Top Forecaster in New York 2017 by NJ.com.

She served in Fox owned-and-operated station WFLD in Chicago from 2007 to 2011 and was the first female Chief Meteorologist in Chicago, Illinois. In 2011, she became the weekend weathercaster at WABC-TV in New York City and can also be seen on ABC’s Good Morning America.

In addition to her journalism career, Amy is a certified scuba diver and has swum with more than a dozen sharks in a New Jersey state aquarium. She surfs and runs as well. She has completed 9 marathons in different cities including Pennsylvania, Colorado, California and New York. Amy Freeze does mountain climbing as well and has climbed to the summit of Mount Snowden in Wales, all 7 peaks of Mount Fuji, and the summit of Mount Timpanogos.

The beautiful TV anchor was born on 19 June 1974 in Utah but spent most of her childhood in Indiana with her four sisters. She is the eldest of the five daughters (Amy, Jessica, Emily, Cami, and Lindsey) born to her parents, Bill and Linda Freeze. Amy was in the 1992 class of Jeffersonville High School in Jeffersonville, Indiana. During the college phase of her education, she returned to her birthplace, Utah where she obtained a Bachelor of Arts degree in Communications from Young University, in Provo in 1995.

She further earned a Bachelor of Science degree in Geosciences from Mississippi State University in Starkville, Mississippi as well as a Master Degree from the University of Pennsylvania in Philadelphia, Pennsylvania. For her thesis, she wrote on the creation of “the Storm Water Action Alert Program,” dealing with major cities and combined sewer overflows.

The first female Chief Meteorologist started from the first rung of the ladder before she got to that point in her career timeline. With a high interest in working in the field of Journalism, she worked as a meteorologist and co-host of 10! for NBC’s WCAU in Philadelphia which was a live entertainment for four years during her early years in her career. Then, she went on to work as a substitute for NBC’s Weekend Today and MSNBC at Rockefeller Center in New York City.

KWGN and KMGH in Denver, Colorado were also among the places she worked. Her broadcasting career, however, took off on Good Day Oregon at KPTV in Portland, Oregon. While she was in Chicago, she visited more than 10,000 area students. For what purpose, you may ask? She gave them weather presentations on tornadoes and other stark weather.

Making the list of the first-ever in her career profile, Amy Freeze hosted the first ever Weather Education Days for MLB’s Chicago White Sox, the Chicago Cubs, and for the Chicago Wolves hockey team. She is also noted as the first-ever female sideline reporter for Major League Soccer and has worked for four seasons on the sidelines for the NFL Chicago Bears. Amy has covered the Olympic Games in Salt Lake City and Atlanta. Amy got married to her college sweetheart, Gary Arbuckle, who is a chiropractor by profession in August 1994. The two met at Brigham college where she was a cheerleader while he was Cosmo the Cougar. After dating for a while, they decided to take their relationship to the next level by tying the nuptial knot.

After shifting his practice from injury recovery to weight loss, he now owns and operates his project, Body Reset. Together with his business partner, he uses homeopathic products to obtain great results in weight loss process.

See Also: Julie Chen Biography, Husband, Net Worth, Son, How Old is She? 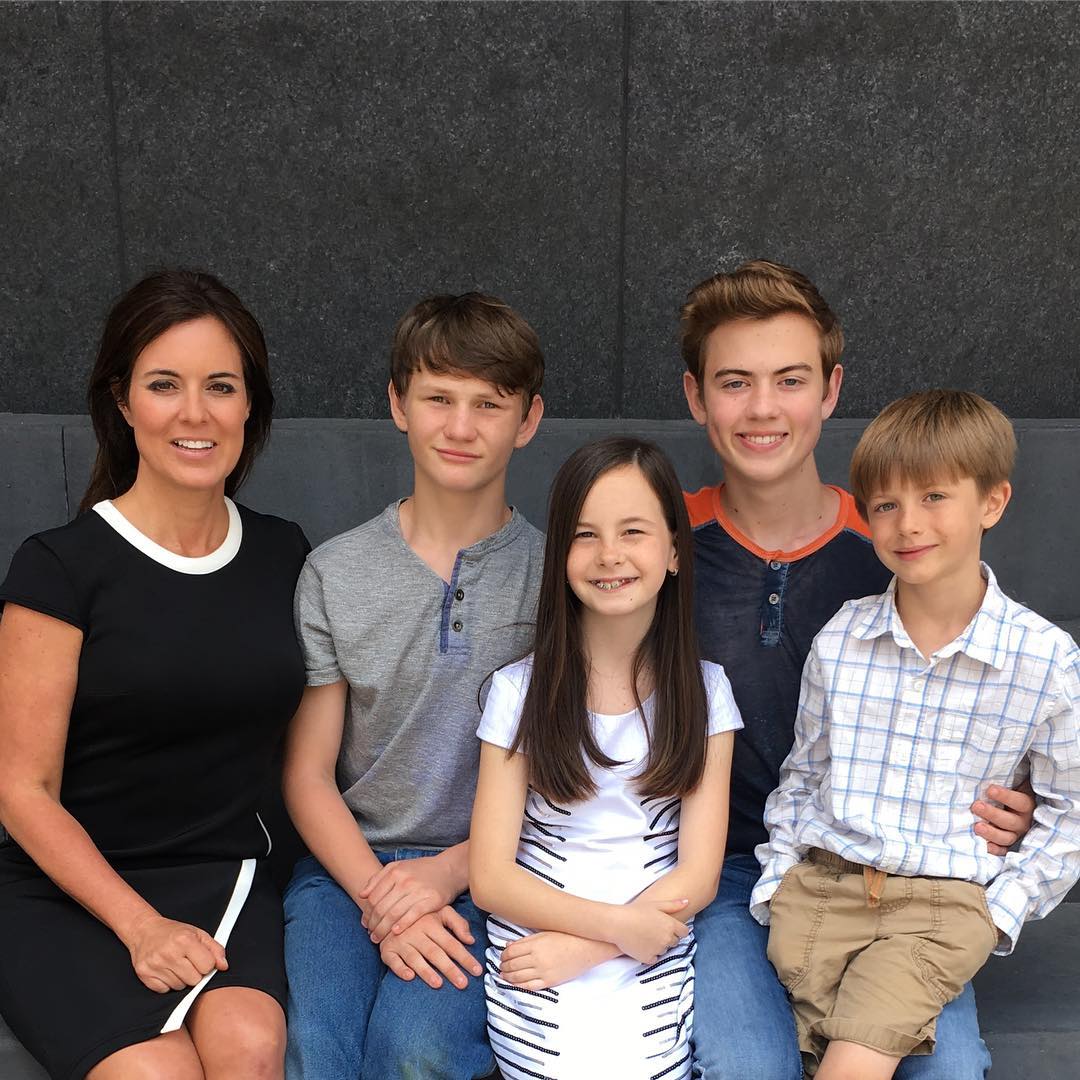 The meteorologist-chiropractor pair has four lovely children, three boys, Tyler, Jared, Williams, and one cute girl, Kate. Her eldest son, Tyler is her only biological child while she and her husband adopted the other three. However, she dotes on her pack and does not miss out on any opportunity to be with them, being the loving mother that she is. A nickname is ascribed to each of them (Tyguy, Jarbear, Katethegreat, Princewilliams) and pictures of them is a common feature on her social media pages.

There are speculations about the couple’s split and even reports on that but it seems the two are still together and are going stronger than ever after 23 years.

She is loyal to and passionate about her job and can be deemed successful in every sense of the word when it comes to her career. Considering her terrific career path and invaluable credentials, Amy must sure be making a fortune for herself. And yeah, that’s true. She earns an annual salary of $500,000 and has an estimated net worth of $2.5 million.